It was back in 2014 that The Rowland Foundation first reached out to us here at Eagle Rock for help in increasing the efficacy of innovation change efforts sought by Rowland Fellows.

That’s because collaborative work with our Professional Development Center staff can often lead to implementation strategies that result in visions being transformed into reality for schools seeking change.

Such a gathering took place at the end of January at our mountainside campus, when a group of Rowland Fellows arrived for some insight into how to move their various school transformation projects forward. 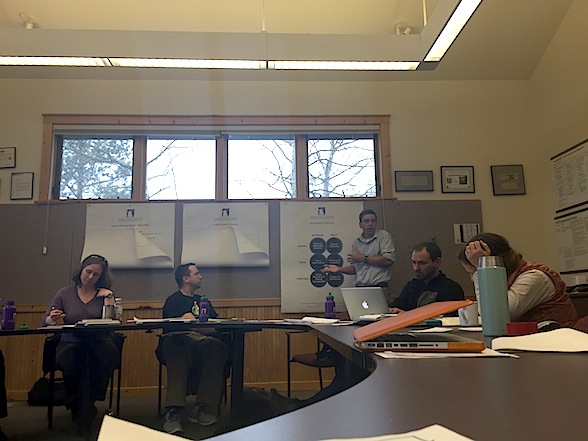 If you’re unfamiliar with them, Rowland Fellows are teachers who receive a $100,000 fellowship to take on the task of innovating schools in the state of Vermont. Each year, as many as 10 Vermont secondary school educators are selected as Rowland Fellows from among all qualified applicants. The Rowland Foundation provides a $100,000 grant to each of their schools for the Rowland Fellow to implement a vision to transform an aspect of the school that positively impacts its culture and climate.

An initial grant of up to $50,000 covers a sabbatical for the fall semester (September-January) for each Rowland Fellow, and an additional $50,000 grant is provided to each school in two installments to support the initiative developed by the Rowland Fellow.

The Rowland Fellows had barely unpacked their suitcases before our Professional Development Center staff began the process of facilitating a success analysis of a digital portfolio program at Peoples Academy Middle Level School in Morrisville, Vermont.

Our staff carefully orchestrated the short visit in order to help these progressive teachers reflect, assess and develop a clear plan to move forward. As a group, Professional Development Center staff and the fellows used School Reform Initiative (SRI) protocols and our own tools in order to maximize output in a small amount of time. 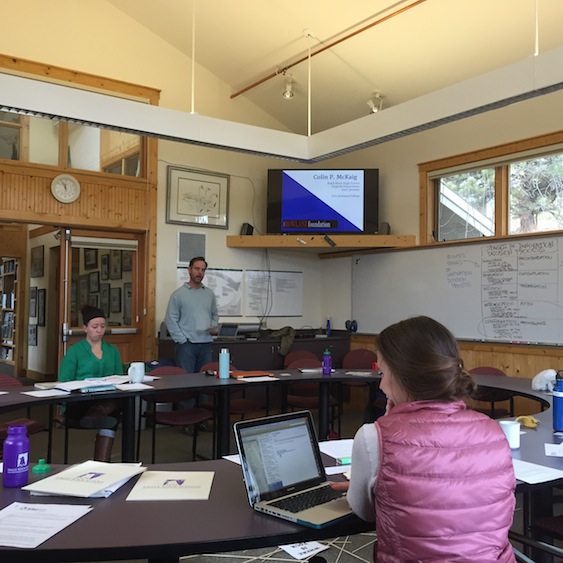 Spoiler alert: That analysis has now gone school-wide in the middle school and is impacting assessment at the high school (Peoples Academy High School). What our staff did was tease out the key points that led to the success and then help to apply those key skills to four other high schools across Vermont.

The group of fellows also worked on ways to implement an advisory system while competing with busy administrations and staff already faced with initiative fatigue. The second half of the day, Eagle Rock staffers and Roland Fellows looked at how to influence systems and key steps for getting things done. Then the group worked on individual projects.

One of the Vermont visitors told us that the Rowland Fellows made more progress in one day spent with our Professional Development Center staff than in the previous six months. Another said Eagle Rock never pushed prepackaged initiatives or plans on them, but focused instead on helping the educators implement their innovations. Which has always been the focus of our professional development efforts. Mission accomplished!

Looking forward, our Professional Development Center staff will travel to Vermont in May of this year to work with the newest crop of Rowland Fellows on implementation work.