By Erika Lowe, Community Based Learning Fellow – Partnership for Change

Ten years ago I abandoned California public education to teach in Vermont. I could no longer justify teaching in overcrowded classrooms where students spilled into hallways, at schools where arts and physical education programs no longer existed, in a state that spends more on incarcerated prisoners than on educating students. I did not have the grit to sustain teaching in a system where I had little control.

So it came as no surprise to me when I met a high school student from Los Angeles at the Eagle Rock School in Estes Park, Colorado. Leslie grew up just 10 minutes from where I was raised in Los Angeles. Like me, the L.A. public school system did not work for her. Eagle Rock offered her a second chance. What I did not expect was that she intended to return to her public school system with the knowledge and tools to create change. 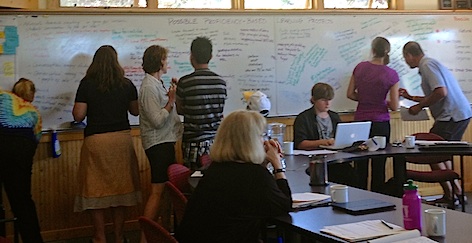 Leslie told me she volunteered at a Waldorf preschool two days a week. Not only did she volunteer, but she used her experience for action research. Leslie was intrigued that Waldorf Schools were originally established to serve the children of factory workers, the irony being that today, only the privileged can take advantage of a Waldorf education. She recognized the inequity of this situation, yet she knew she could apply Waldorf practices and values to public education.

She noted, “I know I can’t change the whole system, but I want to learn what I can from Waldorf education and bring that back to my community. Maybe I can share what I’ve learned and help get a program off the ground in a school that will help make a difference.” Leslie learned values I never had the opportunity to learn as a new teacher in California: grit, persistence and Continue reading…

In case you don’t know her, we’d like to introduce you to Susan Luna, who comes from a big family of educators, artists, tennis players and social activists, and serves as our director of operations.

Susan was born in Pueblo, a steel mill town in Southern Colorado, and was raised in Denver. She’s a graduate of East High School and the University of Colorado, where she earned her undergraduate degree in sociology (Boulder) and her master’s degree in urban and regional planning (Denver).

And it’s probably important that you know Susan has five older brothers. That would explain all the energy she expends on a daily basis. But don’t take our word for it; please read on.

Eagle Rock: What do you do here at Eagle Rock?

Susan: Currently, I’m the director of operations, which means I’m in charge of managing Eagle Rock’s business office, facilities and the kitchen. I am also responsible for a lot of the behind-the-scenes work in areas like human resources, safety, finances, auxiliary services, facilities, and plant and capital projects.  I am also a member of the Ponderosa House team.

Susan: I’ve been in the nonprofit sector for 20 years and have worked for a variety of human service organizations in and around Denver including the Enterprise Foundation, NEWSED, Jewish Community Center, Mile High United Way, Intermountain Tennis Association, Girl Scouts Mile Hi Council, Servicios de la Raza, and YMCA. Before coming to Eagle Rock, I was the executive director of the Denver Inner City Parish.

Susan: My husband Dave Hoskins. He was an instructional specialist at Eagle Rock in 2000 when we started dating, so I heard a lot about the place from him and I visited the school once or twice while I was completing my master’s degree in Denver. One thing led to another and before I knew it I was engaged and living in Estes Park with David. A year or so later we moved on campus and I became a House Parent for Spruce House. My friends thought that I had lost my mind — and they may have been right — but I was up for the adventure and I jumped in with both feet. Luckily, Spruce had some incredible veteran students who helped make the experience enjoyable for me and I soon came to love the Eagle Rock community, the students, the mission, and the idea of being a part of something bigger than myself.

Susan: For me, time away from Eagle Rock is all about rest, recovery, and family responsibility. My 81-year-old father is living in my house down in Denver, and I am his primary caregiver, so I make weekly trips to the city to look after him, catch up on sleep, watch a movie or two and play some tennis. If I have more than a weekend of spare time, then I like to go relax in a natural hot spring, get massages, and, of course, play some more tennis.

Susan: I’m not into reality shows, but that’s not to say I don’t like TV. My favorite show is Continue reading…

Three times during each school year, students enrolled at the Eagle Rock School participate in a self-appraisal of their educational successes during the previous trimester, and they do it in public, before a live audience that is searching for evidence of learning from the student.

It’s Share and Tell on steroids, and for Eagle Rock students it’s an opportunity to present themselves as learners. The process is called Presentation of Learning (POL), and it serves as a rite of passage for all Eagle Rockers. POLs enable our students to make a case that they have soaked in an abundance of learning in the preceding months on campus.

This process isn’t at all about getting credit in courses, because students either have or have not documented learning to a level of mastery in their courses. POLs are an overarching tool for our students, allowing them to pause in learning, reflect, synthesize and analyze. They are tasked with considering both personal and academic growth, linking their learning to past learning, and projecting future learning goals. All within a 15-minute presentation.

The panel observing these deliveries consists of teachers, administrators, community members and others who are interested in alternative assessment, education renewal, and the progress of our students.

Before sitting down for these live sessions, panelists have in hand a packet of information produced by the student. This includes a Continue reading… 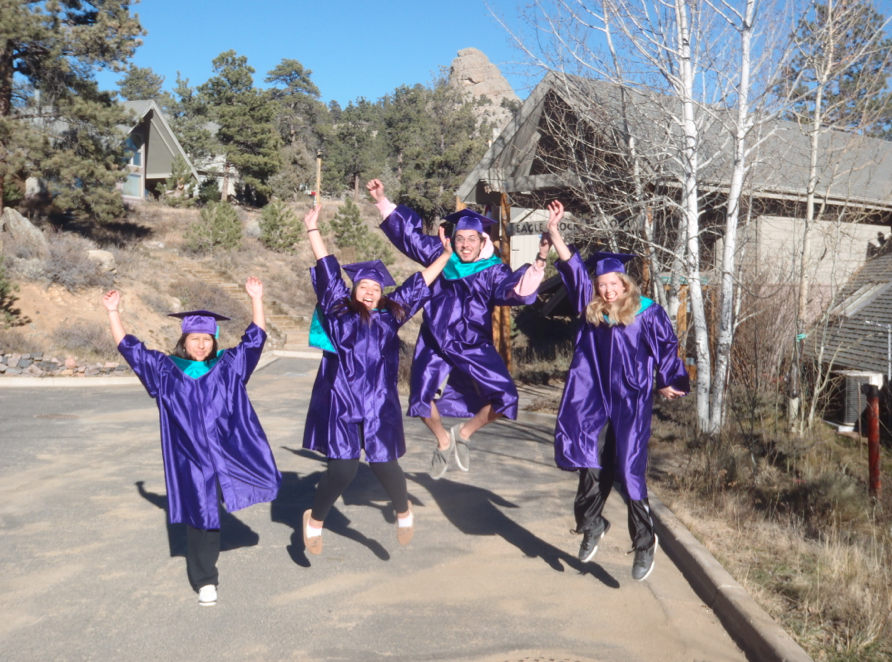