Teaching Fellows Take a Day Away to Focus on Team Building

The New Year was barely nine days old and we’d just returned to Eagle Rock from our trimester break. And now, here we were, heading off to the YMCA of the Rockies for our mid-year Fellows’ Day Away.

As director of Public Allies here at Eagle Rock, I was responsible for facilitating our 12 Public Allies fellows through a day that focused on reconnecting, framing the trimester ahead, reflecting and goal-setting, and intentional time to work on Team Service Projects (TSPs).

Our day began with a quick energizer outside, highlighted by a backdrop that included snow-covered views of the Rockies. 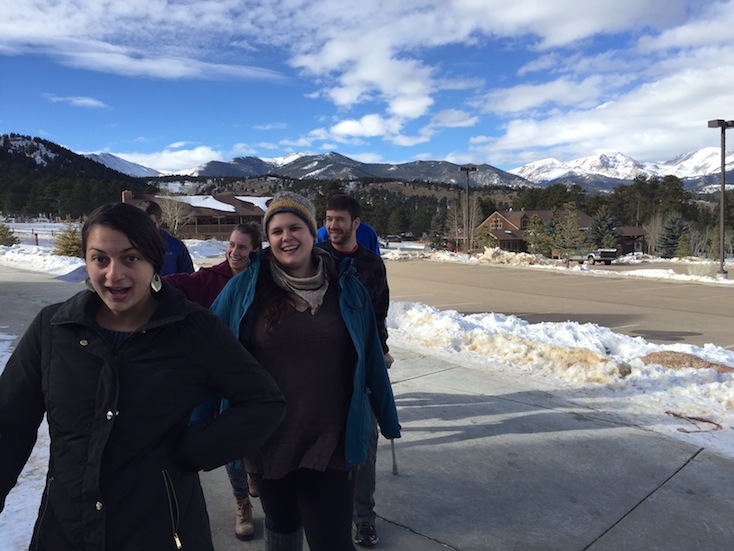 Maintaining its vision that this country’s high school youth should be fully engaged in their education, our professional development center (PDC) team started off the New Year the same way they start every week — busy and engaged.

On Jan. 5, Dan Condon found himself in Albuquerque, New Mexico, for leadership support of Tech Leadership High School’s senior management team where he spoke on the importance of intersecting technology with pedagogy for the next generation of students. And on the next day, he visited ACE Leadership High School for project tuning, and then attended an event for a soon-to-open charter school focused on entrepreneurship.

Siembra Leadership is the latest school we support through our work with the New Mexico Center for School Leadership. Mia Stroutsos and Dan Condon wrapped up their stay in Albuquerque by focusing on supporting formative assessment in the classroom for the Health Leadership staff. 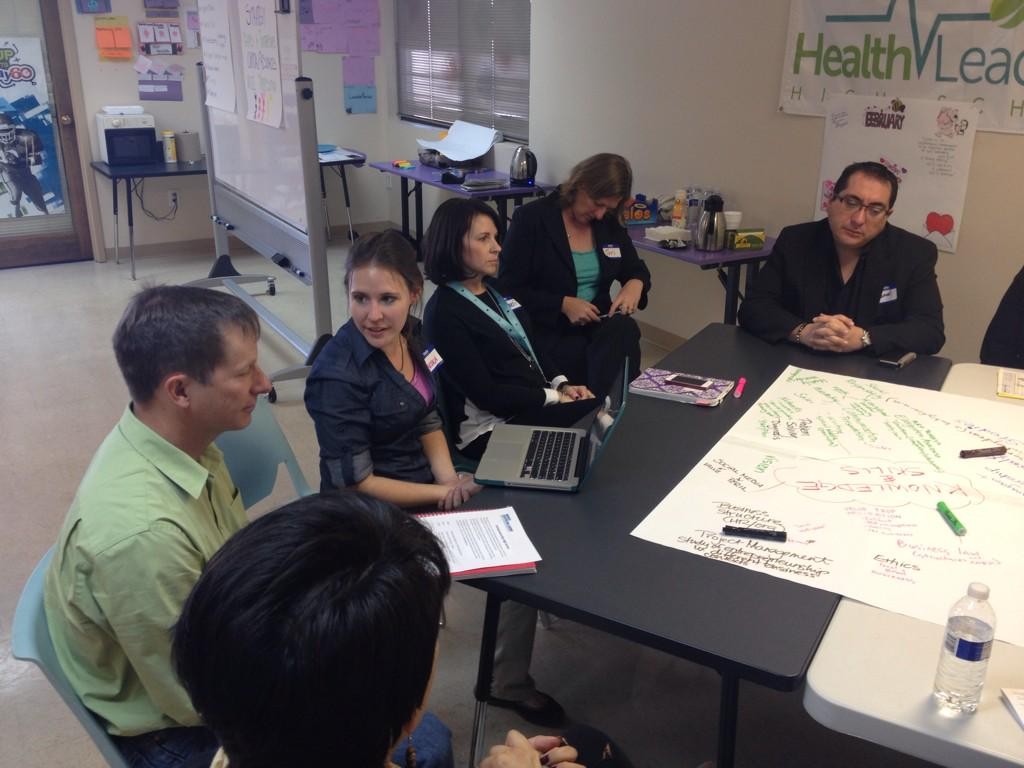 Anastacia Galloway’s four-day visit to New York included a follow-up visit with the staff at FLHFHS where, through a series of class visits and teacher interviews, she surfaced the most successful practices for integrating peer-coaching into their professional learning plans.

It was a busy week, but the PDC team is just getting warmed up. Here’s a quick look at what’s to come in the next few months: Continue reading…

The upcoming Senior Thesis Project (STP) Conference (February 22-23, 2016 in Camden, N.J.) and the Big Picture Learning (BPL) schools are perfect illustrations as to why — pedagogically speaking — work and community are essential aspects of classroom learning.

Schools that implement the Big Picture Learning design explicitly provide students with weekly opportunities to go out into the community to intern and learn from mentors. The model allows students to experiment with classroom learning in their communities while still having a safe place to return and discuss these ideas from different perspectives.

This year’s STP conference (link opens PDF file), which is being put on by Eagle Rock School and Professional Development Center, will be hosted by MetEast High School in Camden, N.J. The conference is a congregation of Continue reading…

Promoting leadership skills has always at the top of the list when it comes to maximizing the personal growth of each of our students at Eagle Rock School. If you need examples, just look to our evolving Leadership for Justice (LFJ) curriculum and the Power Standard portfolio that is required of each student prior to graduation.

All students at Eagle Rock School are given the opportunity take on a variety of leadership roles throughout their time here, starting with our Wilderness Orientation Course where they are required to serve as Leader of the Day on several occasions.

This expectation continues at school with Kitchen Patrol, House Leader responsibilities, Chore Leader roles, Intramural Captainships, as well as other activities inherent to living in a high-functioning on campus community. In addition, we honor the times students are often quietly leading in non-formal leadership capacities around the community. 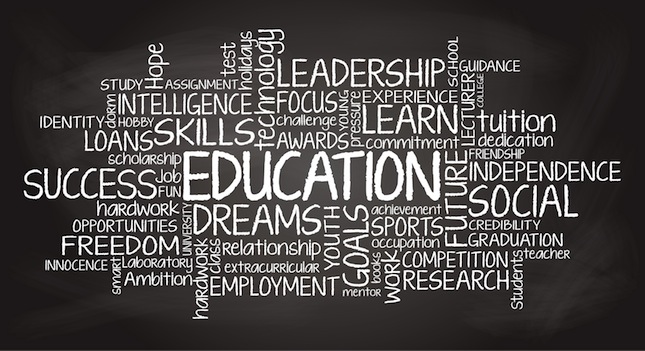 Enter the Co-curricular Leadership Development Prototype — a framework developed to enhance leadership opportunities and support throughout our students’ time here at Eagle Rock.

The first trimester of the “prototype” provided us with valuable insights into what was most important and engaging for the students as we worked with them in their real life leadership situations. You can give kudos to our Continue reading…

Editor’s Note: Back in 2013, Eagle Rock’s board of directors embarked on a strategic planning process that resulted in the adoption of a plan titled ‘Vision 2020’ that assures what we do day-to-day reflects the long-term goals that the organization aims to achieve (see News From The Rock: Vision 2020 for an overview of that plan and process). ‘Vision 2020’ includes seven distinct areas of focus (a.k.a. domains) that guide our board, administrators, staff members and students. In today’s blog post, Jen Frickey offers an update on our third strategic domain — Academic Curriculum.

By Jen Frickey, Director of Curriculum

Here at Eagle Rock, we intentionally place a significant amount of energy into graduating students who have the desire — and are prepared — to make a difference in the world. We implement effective and engaging practices that foster each students’ unique potential and these help young people use their minds well. To support this, we are working on improving our approach to assessment at Eagle Rock so there is more consistency in assessing what we value across all classes.

As we continue to improve our curriculum and instructional practices, it is important to us that we are challenging our students and delivering quality instruction across all classes and other learning experiences at Eagle Rock. For that reason, we are focusing a portion of our strategic work around creating a framework for normed common formative and summative assessments. 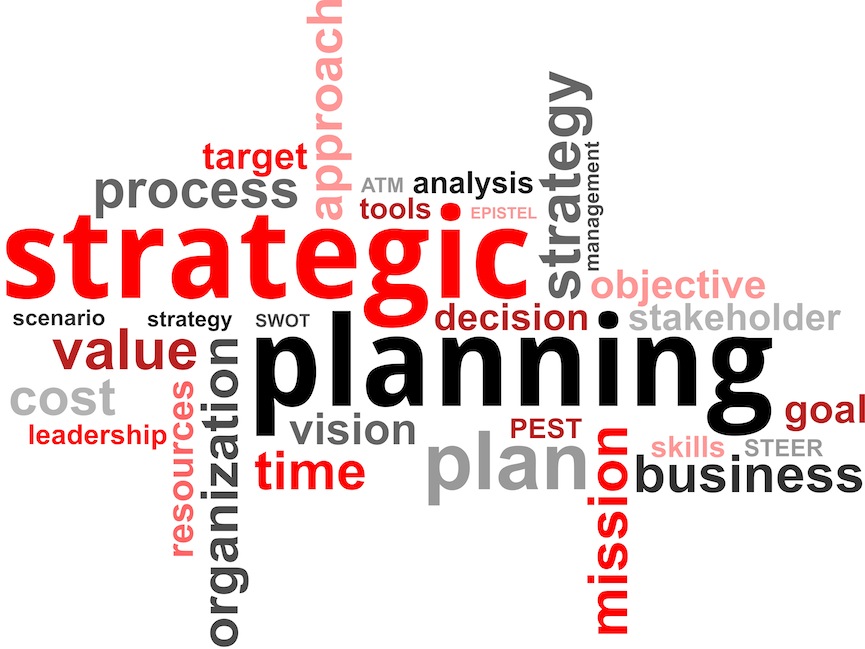 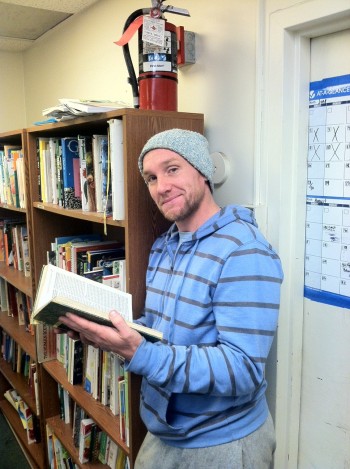 As most of our readers know, Philbert Smith, our beloved and longtime director of students, is retiring at the end of this summer after serving our student population deeply — and with great commitment — these past 22 years.

Words cannot do justice to the gratitude Eagle Rock owes Philbert for his service. And while no one will ever replace him, we do need to move ahead and start the process of finding a new director of students.

We understand that the best candidates often come from the personal relationships we have with professionals around the country, which should help us generate a great pool of applicants. So it’s critically important that the Eagle Rock community kick into high gear and help us get the word out.

If you know someone who might be a good fit, please direct them to the Eagle Rock Employment page for more information on the position and the application process. In the meantime, here are some of the highlights associated with the job: Continue reading… 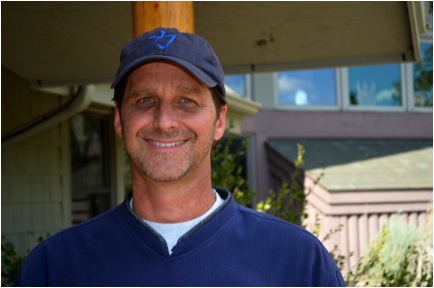 Jacques: At this point in my life, Continue reading…