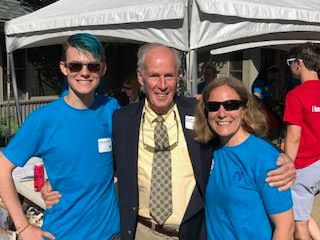 Editor’s Note: Jason Bateman — not to be confused with the star of the television sitcom Arrested Development and the Netflix’s series Ozark — is a Princeton University student who is interning with us as part of Princeton Internships in Civic Service (PICS). This program operates in the belief that community service is essential to the welfare of society. More than 800 Princeton University undergraduates have participated in the program since its inception. A dozen such ‘Princetonians’ have served as interns since our school opened back in the early 1990s. Below, Jason describes his recent arrival at Eagle Rock and what he has learned so far from the experience, while to the right we see a photo of Jason (L) alongside Eagle Rock’s first head of school, Robert Burkhardt (a Princeton Univ. grad) and current Eagle Rock Director of Curriculum, Sarah Bertucci (who first arrived at Eagle Rock in 1994 as our very first PICS intern).

What is it, exactly, that I do — and am doing — here at Eagle Rock?
By Jason Bateman

It’s a question I asked myself — and several of my supervisors — when I arrived on the Eagle Rock campus last month. What was my role? What was my purpose? What was I going to do with this incredible opportunity?

What I discovered was that what I needed to do was hunt down aspects of this educational community that most interested me, and then I needed to figure out which of my talents would best be of use to the students and staff members here at Eagle Rock.

To be honest, this unanticipated quest to find purpose has been among the most rewarding and challenging experiences I’ve faced outside of the classroom.

In the past, I’ve actively applied myself to everything from electrical engineering and computer science to education policy and data science. I’ve taken classes on human rights and urban development as well as classes on Spanish film.

But what I discovered when I arrived here is Continue reading…

Over the past four years, I have had the enormous privilege of working with ROC Restorative, a coalition of groups in Rochester, N.Y., that is transforming the culture and practices of Rochester City Schools.

Eagle Rock’s work with ROC Restorative began with big picture planning with the three leaders of the group — Ruth Turner, Jennifer Ghourlias, and Kirsten Pryor. Through phone conversations each week, we co-designed our plan, including visioning with the core ROC Restorative team and conducting “bright spots inventories” of schools that wanted to implement restorative work.

One of our most powerful early exercises was using a Back to the Future Protocol to set a vision and goals for the group. The vision was that of a transformed culture that embraces students through relationship-building and promoting positive ways of dealing with conflict. And today, there are myriad examples that show where this vision is becoming a reality.

To find bright spots on which to build and highlight successes, we performed numerous inventories at schools. Our team of select Eagle Rock School students and staff — alongside ROC Restorative members — visited schools to conduct interviews, facilitate focus groups, and make observations in order to discover examples of how each school was building community and relationships, as well as examples of conflict being handled in a positive, healing way.

The focus on bright spots was twofold. In a tough school district confronting the challenges imposed on Continue reading…

Lessons Learned from 25 Years of Reengaging Youth in Their Education

It seems fitting that our 25th anniversary should serve as an opportunity for those of us who work at Eagle Rock School and Professional Development Center to unveil our keenest insights from the past quarter of a century, neatly packaged and available to anyone who is interested by way of a new downloadable eBooklet.

That eBooklet — Sharing Our Experience: Lessons From 25 Years — is the result of our experience with engaging students in their own education on our Colorado campus, as well as our well-recognized efforts through our Professional Development Center of providing hands-on support and facilitation of planning sessions for schools throughout the country interested in attaining the same for their students.

Indeed, these lessons — shared in detail below — are relevant to our supporters, followers and observers. But they also hold significant relevancy for anyone interested in the nationwide effort to help young people to actively participate in their own education. 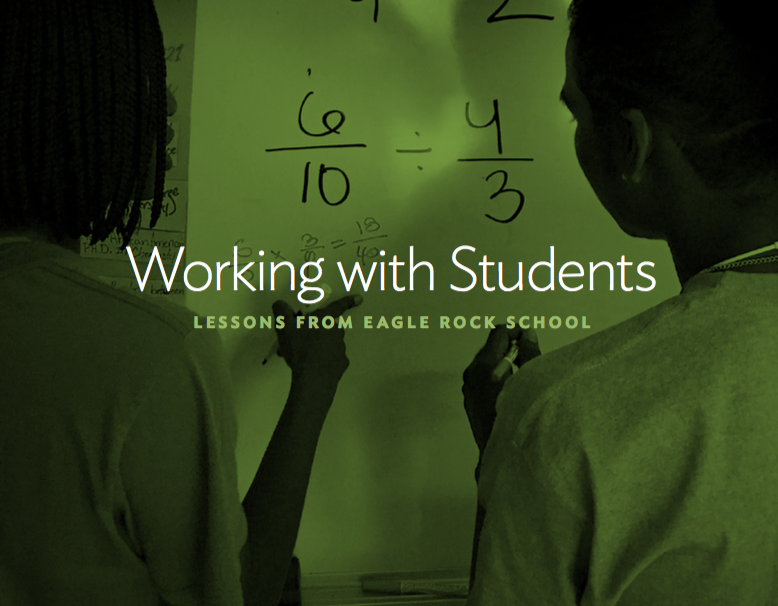 Here then are the most essential lessons we’ve learned during our quarter century of engagement with students on our campus, and through supporting schools around the country. First up are lessons learned from working directly with students here at Eagle Rock School: Continue reading…

Our 75th Trimester Continues with Even More Unique Class Offerings

With another successful Explore Week behind us — and the celebration last weekend of our 25th anniversary of reengaging youth in their own education — Eagle Rock School is back to normal, with students absorbed in a number of new classroom experiences.

“Back to normal” might be a stretch when it comes to our campus, which has pretty much been delivering progressive education to its student body for what is currently the halfway point of our 75th trimester.

A second collection of five-week classes is underway at Eagle Rock, with offerings that include hands-on internships at the nearby Rocky Mountain National Park, methods of creating actual change in society, the meditative mode of Buddhism, and even a class on the coolness of comics.

Here then is the second installment of ER-75 classroom adventures at Eagle Rock: 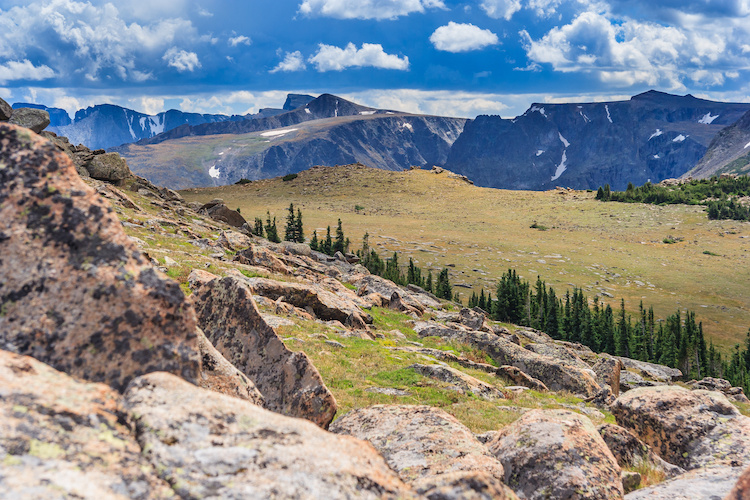 RMNP Internship: Students accepted into this program are performing internships within the Rocky Mountain National Park. Students are participating in a number of divisions, including Continue reading…