Add anything here here or just remove it..
By Eagle Rock,
July 9, 2020Leave a commentLife After Eagle Rock

Eagle Rock School and Professional Development Center is saying goodbye to five of its staff members in the coming months — a group that represents more than 103 years of service to our progressive learning community. 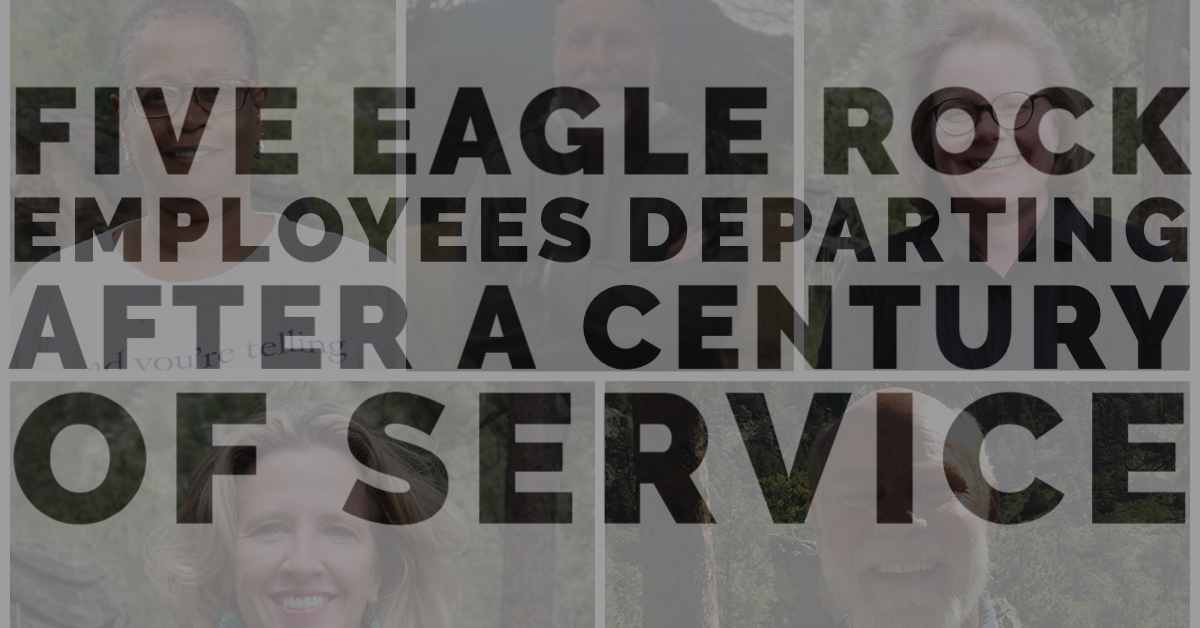 All five of these employees have invested double-digit years at Eagle Rock, with four of them working behind the scenes, and one educator. From supervisor to receptionist, their job titles all had one purpose top of mind: a successful education for high school students and who are interested in taking control of their lives and learning. Each has plans for life after Eagle Rock, ranging from settling down closer to family, to reading books and seeing the country in a new RV.

Below, we honor these five veteran Eagle Rock community members, beginning with the longest-serving employee to the most “recent.” In each case, we asked them to describe their job responsibilities, their education and past professional experiences, their memories of the school, and future plans.

Burt Bowles, Facilities Manager (arrived at Eagle Rock in 1993 / pre-ER-1): For 27 years, Burt has been responsible for the development, care, repair, and replacement of the campus physical plant here in Estes Park. During that period, Burt and his wife, Val, spent eight years as houseparents for Spruce House. 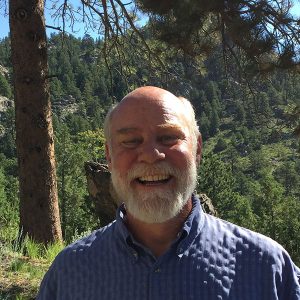 Burt earned his Bachelor of Arts degree in business management from Western Colorado University in Gunnison, and his master’s at the University of Phoenix. The couple has lived on-site since arriving here in 1993, raising both of their children at Eagle Rock. Burt’s proudest moments include working alongside such a consistently incredible pool of talented staff and students, while one of his favorite memories is witnessing our founding Director of Students, John Oubre, dance in public.

While at Eagle Rock, Burt learned he can’t do everything, but when people do their best it generally works out. The Bowles recently purchased a home in Estes Park and plan to stay in the area. Burt said he’s looking forward to enjoying time with his wife, working on the house, and relaxing.

L’Tanya Perkins, Admissions Associate (arrived at Eagle Rock in 1997 / ER-11): For 23 years, L’Tanya (better known as LT) has interviewed and assessed student applicants who best have the potential to graduate from Eagle Rock School. She attended Kent State University in Kent, Ohio, majoring in community health and counseling. 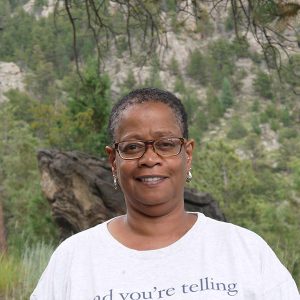 LT says she has been privileged to witness young people rediscovering the hopes and dreams they buried because someone told them they were unrealistic. She is proud of our students, adding she has the most fun watching young people grow and staff members become better human beings, and she is honored to be part of that journey. She has loved learning from all the different cultures represented on our campus and believes she is truly blessed. LT will be relocating to Georgia to be near family.

Terry Tierney, Facilities and Maintenance Assistant (arrived at Eagle Rock in 2001 / ER-24): For 19 years, Terry has addressed Eagle Rock’s maintenance and facilities’ needs. A graduate of Kean University in Union, NJ, Terry holds an undergraduate degree in public administration/criminal justice, along with a collateral degree in environmental studies. He also received an associate of arts degree in criminal justice from Union County College in Cranford, NJ. 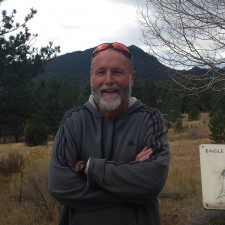 Terry and his wife Kerri make their home in nearby Estes Valley. Terry said Eagle Rock’s students inspire him when they follow their hearts and dreams. He’s proudest of a legacy of fulfilling the servant principle by contributing a small part to the greater good. A favorite memory includes his Bear Gatherings, which enabled him to express his awe and appreciation for resident neighbors while advocating for their respect and protection. He learned that there’s the potential for a miracle in everyone, and we should all count our blessings,

His greatest hope for Eagle Rock is that it continues well into the future, offering opportunity and hope to underserved youth, adding it has made a difference and has been a privilege. Terry will be staying in Estes Park and plans on catching up on a pile of books and resting his body.

Cindy Elkins, Art Instructional Specialist (arrived at Eagle Rock in 2002 / ER-29): Cindy is an artist, a mom, and for 18 years, has been an instructional specialist at Eagle Rock, where she says she was passionate about working with others to find, nurture, and develop their skills as visual artists and effective communicators. She grew up in an artistic family in Virginia. 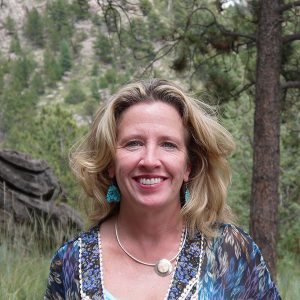 Cindy participated in many creative projects for Eagle Rock and the local community, including several service projects with the Town of Estes Park. Having painted with watercolors and oils and worked with ceramics since childhood, Cindy studied two- and three-dimensional art forms, including glass and quilting. As a part of the Eagle Rock School Restorative Action Support Team, Cindy has a passion for working with youth.

At home, Cindy enjoys hanging out with her dogs and making art, including the art of cooking. She graduated from Colorado State University in Fort Collins with a BFA in painting and worked in public and private schools for 13 years prior to joining the Eagle Rock team in 2002, where she has memories of 18 years as a community member.

Among those memories are constant blessings, inspirational realizations, and emotions. She said she’ll remember The Lodge Hearth at the heart of the school and acknowledged that the art building will forever be her home away from home.

Cindy will relocate near Richmond, Va., to reinvent herself and be close to her parents. But she admitted that Estes Park is her home, and she’ll be here when she can, eventually returning as a retired snowbird making tons of art. An RV is in her future, so when you least expect it, Cindy might just be in your neighborhood hoping to check-in.

Susan D’Amico, Administrative Assistant and Receptionist (arrived at Eagle Rock in 2003 / ER 33): For the past 17 years, Susie has kept Eagle Rock’s schedules up to date, has assisted our Leadership Team with projects, and collaborated with our nurse and the Health and Wellness department in obtaining medical care for students. 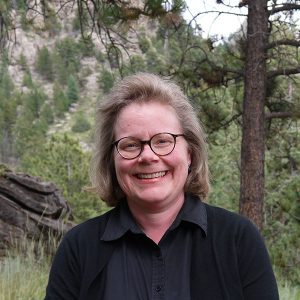 Susan works with our Public Allies Fellows to provide logistics for student health appointments off-campus, and she assists teacher licensure candidates navigate the Colorado Department of Education for their teaching licenses.

She said she is most proud of her relationships with “people of unparalleled compassion, smarts, and skill” who let her in and helped her to grow.

No favorite memory for Susan — just a thousand acts of compassion and love from staff, students, and visitors. Her greatest hope for Eagle Rock is to continue its work on becoming an anti-racist social justice school that will not only change staff and students but help change the world.

Susan is staying in nearby Allenspark, Colo., and has accepted a task force position (focused on access and diversity) with the Adult Congenital Heart Association (ACHA).