Add anything here here or just remove it..
By Eagle Rock,
May 1, 2015Leave a commentAccolades | Organizational Developments

If you’ve been associated for any length of time with Eagle Rock, you know our focus is on the work. Our singleness of purpose is reengaging students in their own education. And we actively facilitate the work of others around the country that express an interest in doing the same thing.

Point being: We’re not very good at tooting our own horn, singing our own praises, or making much of a ruckus about awards. We’d like to say it’s because we’re incredibly humble, but the truth is, our students and work with schools around the country come first, and public accolades — while genuinely appreciated — follow somewhere else down the list. 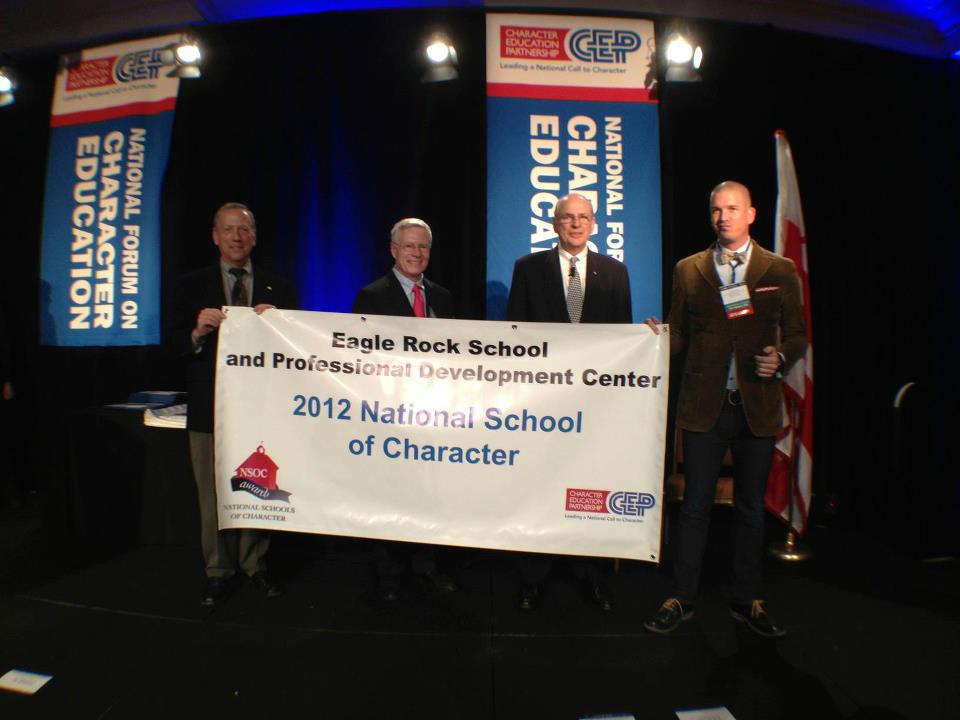 Having said all that, we have won many awards since our inception, and we thought it’d be nice to trot out those recognitions on a list. If for no other reason, they give us incentive to keep doing what — apparently — is excellent work:

In addition, awards have been presented to numerous individuals for their efforts while employed or studying at Eagle Rock. These include:

Finally, in 2011, Eagle Rock School students Cody Lessar and Alberto Chavez-Hernandez were the first students (of many to follow) in history of Eagle Rock to be presented with The President’s Volunteer Service Award (PVSA), which recognizes, celebrates and inspires community service leaders and volunteers to lead the volunteerism charge in their communities. Cody and Alberto each documented and submitted more than 100 hours of service in order to receive the award.