We’re about two months away from welcoming nine new and three returning Public Allies Fellows to Eagle Rock for the 2017/2018 academic year. 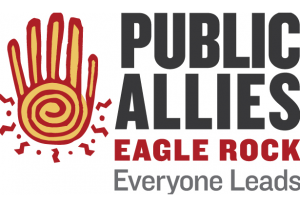 Achieving the title of Fellow is no easy task. Funded by AmeriCorps, Public Allies is insistent in the philosophy that everyone has the ability to lead and anyone can be an inspiration to others. Creating just and equitable societies takes hard work, and the job requires a great amount of passion, and the courage to step forward and take action

Arriving September 1st, each of the fellows referenced below will be active participants in our residential and community-based school and professional development center. To that end, each fellow has expressed or demonstrated a passion for teaching and youth development — and more specifically — an interest in progressive education.

So, who exactly are these young leaders? Below are short biographies and a few fun factoids about each of our 2017/2018 Fellows: 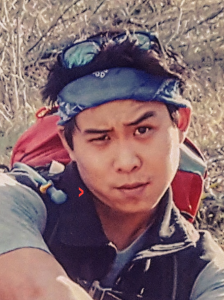 Adam Louie, 2017/2018 Public Allies Fellow in Outdoor Education: Adam was born and raised in the San Francisco Bay Area, where he recently graduated with a bachelor’s degree in Recreation, Parks, and Tourism Administration from San Francisco State University. With an emphasis in Outdoor Education, Adam has worked as a field instructor for Outward Bound California and frequently takes courses with WMI (Wilderness Medicine Institute). His love for nature and passion for traveling has brought him to many corners of the earth. Adam enjoys getting lost in foreign countries, learning their language, and eating local street food. He also can’t get enough of playing sports, experimental cooking, and binge watching tv series. 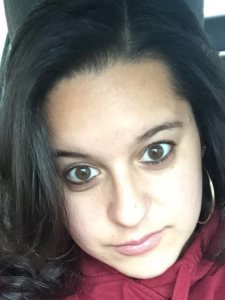 Adriana Ortiz, 2017/2018 Public Allies Fellow in Health, Wellness & Counseling: Adriana is originally from the Bronx, NY. She obtained her Bachelor of Arts in psychology from Temple University in Philadelphia and recently completed her Master’s degree at the Silberman School of Social Work at Hunter College, located on the Upper East Side of Manhattan. Prior to pursuing graduate school, Adriana served as an AmeriCorps Member for City Year Los Angeles. When she’s not in school or working, Adriana enjoys discovering new places to eat, reading, listening to music, traveling, and spending time with friends and family. 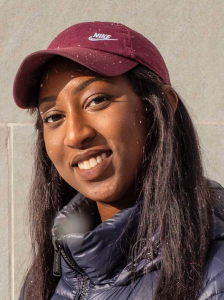 Malikah Mahone, 2017/2018 Public Allies Fellow in Visual Arts: Malikah is our second Fellow from the Bronx. She attended Bard College in New York at the age of 16 and recently graduated from Kalamazoo College in Michigan, where she studied art and art history. While earning her degree, Malikah founded smART Kalamazoo, a free arts enrichment program that encourages local teens to use their art as a tool for social change. Some of Malikah’s interests include social activism and organizing, art making, and meeting new people. Malikah will be spending the summer traveling in Europe stopping in places like Madrid, London, Paris, and Rome; spending hours in museums. 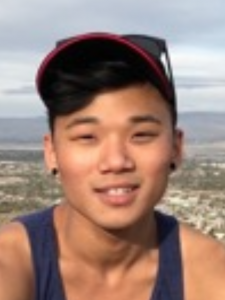 Micah Saugen, 2017/2018 Public Allies Fellow in Science: Micah is originally from Minnesota and recently received his Bachelor’s in Environmental Science from Loyola University Chicago in Illinois. Throughout his time at Loyola, Micah completed several engaged learning service projects, including one that increased the recycling rates in his community. He is excited to share his passion for learning and working with others. In addition, Micah worked with multiple non-profit organizations, including a firm in downtown Chicago that strived for environmental justice and green practices. Some of his interests include bicycling, insects, playing board games and watching cartoons. 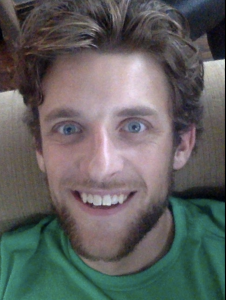 Tommy McAree, 2017/2018 Public Allies Fellow in Humanities: Tommy grew up in Ithaca, NY. He earned his Bachelor of Arts degree in English from Ithaca College and currently works at a preschool in New Orleans. Since college he’s had 19 different jobs in 9 different cities and towns, from building patios to teaching English to making cheese. As an educator, Tommy hopes to help young people eliminate the unnecessary “shoulds” and “supposed tos” they find in their lives.

He loves his family, board games, children’s books, getting to know people, and being in transit. 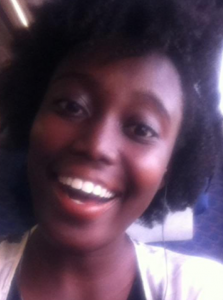 Josephine Ampaw, 2017/2018 Public Allies Fellow in Residential Life: Josephine was born in Inglewood, CA, but grew up in Anaheim, CA. She earned her Bachelor of Arts degree in Feminist Studies and History (minor) at UC Santa Barbara. During her time at UCSB, she was involved in a great deal of campus organizations: Pan African Student Union, Black Student Union, The Impact Movement, and in student government. Her goal was to promote and encourage representation for all, especially for women of color. These positions gave her the ability to represent the voices who were often silenced or ignored. Before coming to Eagle Rock, Josephine was an Undergraduate Intern for the Third District Supervisor Joan Hartmann of the Santa Barbara County Board of Supervisors and worked to bring the needs of students to the forefront. In her free time, she enjoys playing the flute, piccolo, piano and drums. She also loves to read, play Tetris, and go to the beach. 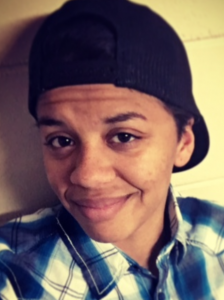 Felicia Walker, 2017/2018 Public Allies Fellow in Residential Life: Felicia is originally from Overland Park, Kansas. They completed a bachelor’s of agriculture studying animal sciences at Kansas State University. During undergrad, Felicia was a resident assistant for 3 years, played water polo, ultimate Frisbee, and worked as a ropes course facilitator. Felicia then moved to River Falls, Wisconsin to work as a Hall Director for University of Wisconsin River Falls, supervising RAs and building a sense of community and positive relationships with students, all the while completing a Master’s degree in Student Affairs Administration. In their free time, Felicia likes to play Frisbee, hammock, sing karaoke, binge watch Netflix, play ukulele, go to concerts, and spend time with friends and loved ones. 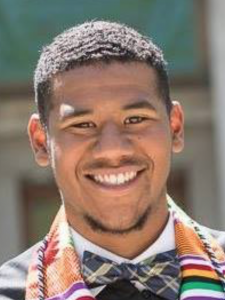 Diondre Morales, 2017/2018 Public Allies Fellow in Residential Life: Diondre is from Ft Lupton, Colorado. He recently graduated from Colorado State University with a Bachelor of Arts degree in sociology. While at CSU, Diondre was a Peer Mentor for Key Learning Communities. After being one of four students accepted into the Puksta Foundation, Diondre created a mentoring program for high school male students of color to provide resources and information on applying to college. He learned that his passion is working with students of color to help bridge the gap between them and furthering their education, and to show them that attending college regardless of your background is something that can be achieved. To recharge, Diondre enjoys reading and both watching and playing basketball. 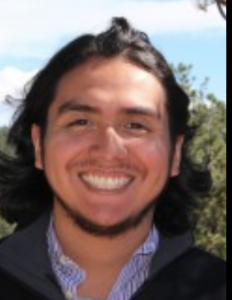 Josue Quintana, 2017/2018 Public Allies Fellow in Music (second year fellow): Josue is originally from Chicago, IL. He attended VanderCook College of Music in Chicago, IL, where he studied Music Education. Josue has worked with multiple high school marching bands around the southwest suburbs of Chicago. He has also been a part of Drum Corps International and Winter Guard International playing mallet keyboard percussion. Josue has been Eagle Rock’s Music Fellow for the last year and is excited to continue his work supporting student educational growth. Some of Josue’s interests include hiking/trail running, watching sports, and spending time with friends and family. 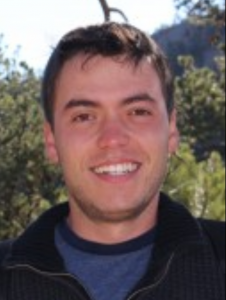 Sebastian Franco, 2017/2018 Public Allies Fellow in Professional Development (second year fellow): Sebastian is excited to spend a second year as our Professional Development Fellow, embracing more opportunities to grow professionally and personally. Originally from Los Angeles, CA, he grew up in Buenos Aires, Argentina before graduating from Colorado State University in Fort Collins, CO, with a double degrees in Political Science and International Studies, and a minor in Spanish. Sebastian is off to Argentina after Eagle Rock’s summer trimester to visit family and friends. Some of his interests are sports, especially soccer (stereotypical Argentine!), learning about the education system nationally and internationally, traveling, and spending time with friends. 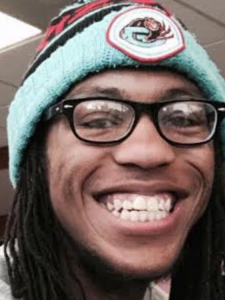 Cordell Church, 2017/2018 Public Allies Fellow in Human Performance (second year fellow): Cordell is returning to Eagle Rock for a second year as our Human Performance fellow. Born in West Chester, Pa., but raised in Richmond, Va., he earned his Bachelor’s degree in psychology with a minor in Black Studies from Randolph-Macon College. Cordell, who is a basketball player at heart, started Eagle Rock’s first competitive, tournament level, co-ed basketball team during his first fellowship year. Read For Some At Eagle Rock, Basketball Is The Only Game In Town, to learn more about Cordell’s approach to creating a safe space for Eagle Rock’s students to interact with the game of basketball. Cordell enjoys playing sports, listening to music, and binge watching his favorite shows on Netflix. When asked why he was interested in sticking around for a second year, Cordell reflected: “So bad I need a re-do or so good I need a part two.”