From deftly dribbling a basketball to graceful salsa dancing, Eagle Rock’s student body is immersed in alternative courses this week during Explore Week, an event that occurs three times each year and is highly anticipated by students and instructors alike.

The reason behind this enthusiasm is the opportunity Explore Week presents to students to take on non-traditional courses that don’t necessarily fit into the mold of an academic curriculum.

This week’s event features courses taught by our own instructors, current Public Allies fellows, folks from our mountainside community, as well as noted experts in the courses offered.

Below is a list of courses — and a little about their instructors — from this trimester’s Explore Week, which wraps up Friday afternoon: 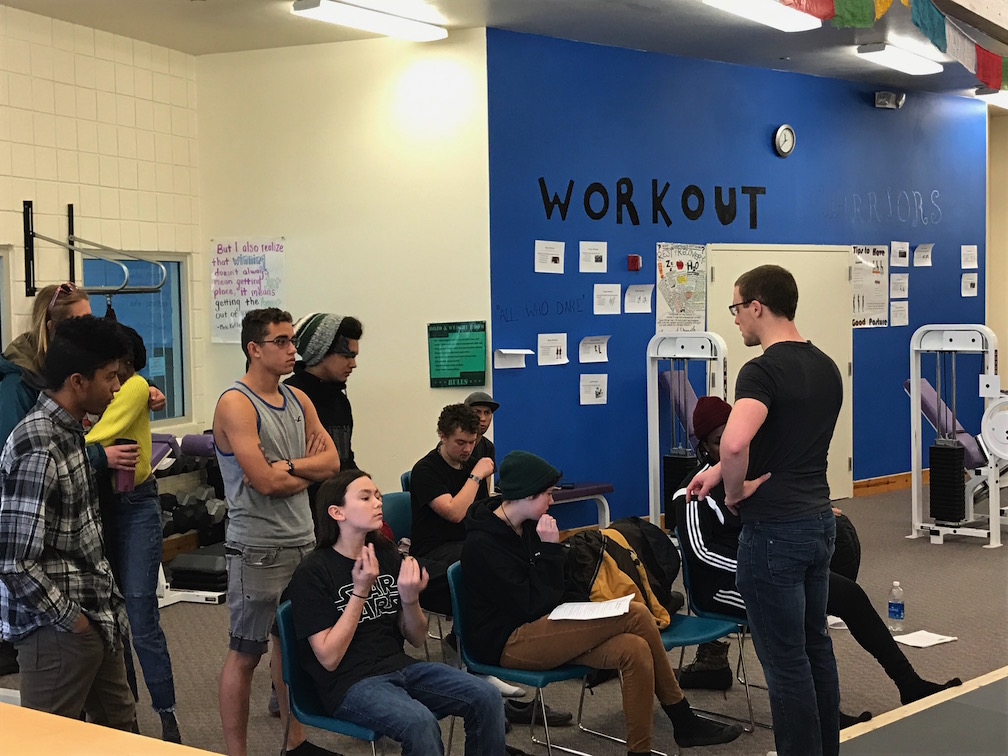 When you make something up on the spot, it’s called improvisation. In this Explore Week course, students are practicing improv theater through active games and exercises. They are learning how to control their bodies and voices to portray realistic characters. Improv is a tool to help actors perform on stage, as well as in any form of presentation in daily life.

About the instructor: Ike Leslie arrived at Eagle Rock as our school’s Public Allies Teaching Fellow in Music in September 2010 and later became our Music and Performance Instructional Specialist until January 2014. Ike is currently a Ph.D. student in sociology at the University of Wisconsin-Madison. Once Explore Week wraps up, Ike will be on his way to Argentina to do research for the rest of the year.

On this Explore Week adventure, Eagle Rock students are venturing into Colorado’s backcountry and learning to telemark ski, and then enjoying their evenings in the shelter of Never Summer’s Nordic Yurts — traditional shelters used by the nomadic people in central Asia. Located four hours from campus, the expedition is taking place in one of the most beautiful — and snowy — areas of Colorado. Students are not only learning how to ski, they are focusing on teamwork, winter ecology, snow science, staying comfortable in a freezing environment, and having fun in that same environment.

About the Instructors: Jesse Beightol is our Outdoor Education Instructional Specialist. He has been telemark skiing for about 17 years and led backcountry ski trips for the National Outdoor Leadership School before working for Eagle Rock. Helen Higgins is our 2016/2017 Public Allies Fellow in Math, but she has skills beyond numbers on a blackboard. Helen has led backcountry trips in all seasons and has taught alpine and adaptive skiing for several winters.

Students — and staff members — signed up for this course are participating in professional development via the principles of Restorative Justice and the skills required for facilitating and implementing restorative programs. Participants are actively partnering with members of our Student Services Committee and Discipline Committee to plan and implement strategic improvements here at Eagle Rock.

About the instructor: Nicholas Bradford is founder of the National Center for Restorative Justice. He has extensive experience facilitating restorative processes, as well as experience working with schools — particularly in the Pacific Northwest — implementing whole school plans to implement restorative practices. 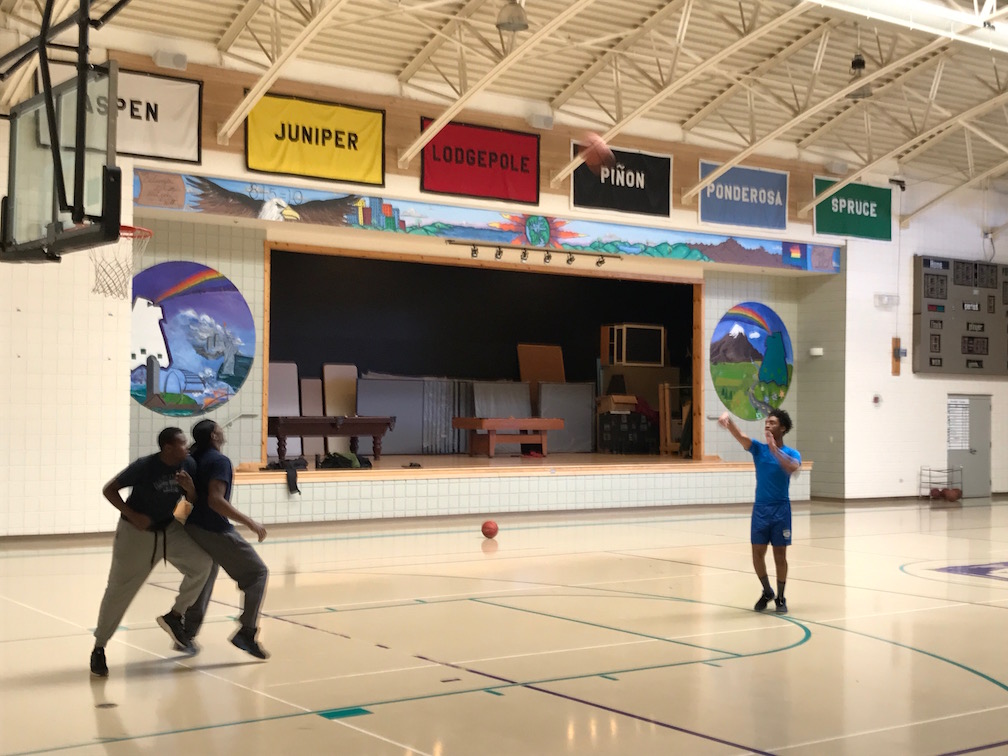 In this physical education course, participants are learning skills to bring their game to the next level. Morning and afternoon sessions include work on dribbling, passing, shooting, rebounding, footwork and post moves, among others.

About the Instructor: Cordell Church is from Richmond, Virginia, where he was cut from his high school basketball team as a freshman and sophomore. Frustrated, he tried out for an AAU team, made the team, and was a starter for three years. Cordell said his AAU coach was a role model, and he looks forward to taking on a similar role for students through basketball. 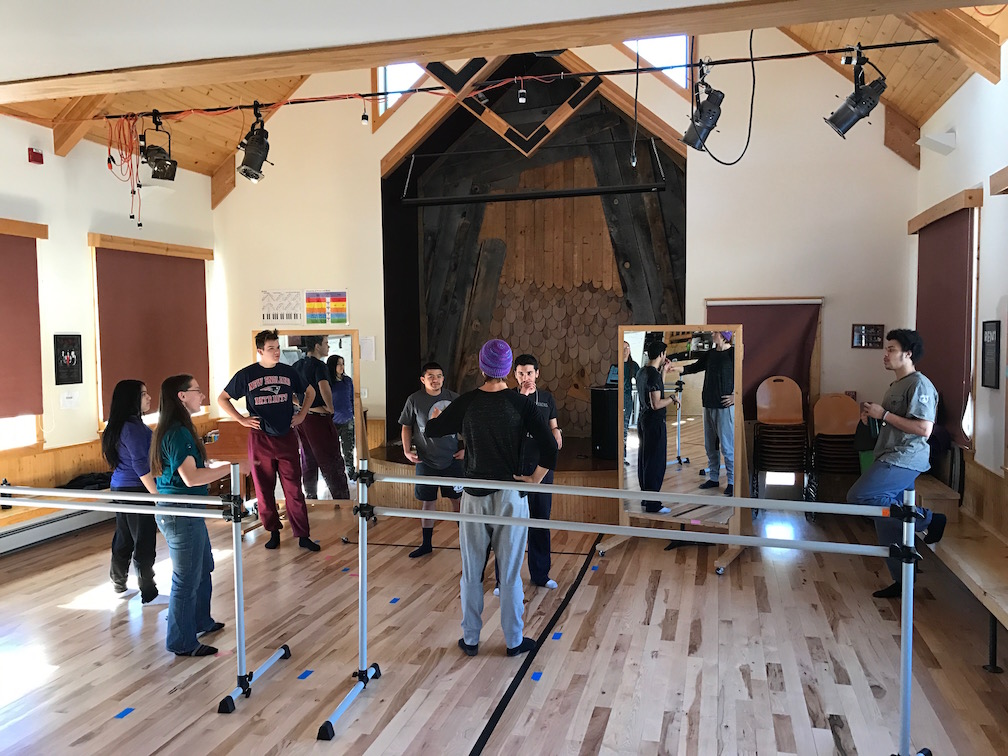 Fledgling Salsa dancers are learning the foundations of this international dance phenomenon as well as learning how to easily teach it to their friends. Students are learning complex steps, turns and flashy moves. At week’s end, these same students will host a party where they will teach the basic steps to the rest of Eagle Rock’s student population. It’s kind of a dancing final exam — only fun.

About the Instructor: Luis Sánchez Artú was born in Ponce, Puerto Rico, and became influenced by the Latin culture at a young age. He began taking salsa lessons at 12 years of age. Since then, he has become proficient in everything from ballet to breakdancing, from gymnastics to Afro-Cuban. Luis has taught dance across the country and in the Caribbean. He has performed at the White House, Red Sox games, and in Havana, Cuba.