Editor’s Note: Below is the second of a two-part blog post outlining the myriad class offerings available this trimester at Eagle Rock School. (Please see our October 4, 2015, blog post — Latest Eagle Rock School Classes Explore Everything from Coaching to Carpentry — for part one in this series.)

What we’ve highlighted here is in no way a complete listing of this trimester’s classes. Instead, it’s a sampling of classes that have the intention of engaging the student in their own education. Each is interesting, challenging, and certainly fodder for use in any number of current and future situation. In other words, useful education. These classes are already underway, and the first three listed below are 10-week courses that started in late-September. The rest are five weeks in length. 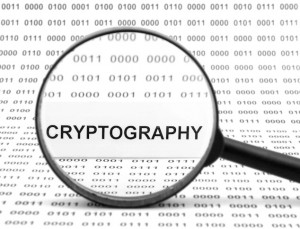 Cryptography: Prime numbers have puzzled and amazed mathematicians for centuries. They are at the center of beautiful patterns and there is no end to them (and certainly no way to ever fit them all into a book.) Prime numbers are also what protects every piece of information you send over the Internet — pictures, emails, passwords and more. Behind this is a long story of coders and hackers fighting a battle to secure information. The outcomes of these battles have had lasting impacts on our society, and will continue to play a role in how we share information. This class explores the mathematics behind secret messages, and the role they have played in history. The mathematics of this class is a branch called Number Theory that assumes only the knowledge of addition, subtraction, multiplication, and division. Traditionally not taught until college, number theory is an exploration into the heart of mathematics. This class is solidifying student skills in mathematics, and giving them a sense of the love of puzzles that drive most mathematicians.

Theater Tech: Ever wonder what goes on ‘back stage’ to bring a story to life? Our Theatre Tech class is designed to provide students with a basic understanding of the practical application of theatre production. This class is an introduction to the methods of scenic design and construction, properties design and construction, painting, costumes, and performance management. Students learn the skills required to create and problem solve in order to design and implement a setting that truly reflects the intention of a theatrical performance. Skills learned in this class include the operation of power tools and equipment. For the final product, students will be designing and constructing the set for the Eagle Rock School winter musical and will also have the opportunity to learn about and consider stage management positions for that particular production.

Exposure: If a picture tells a thousand words, imagine the power of effectively communicating with your photos and writing combined. In this class, students practice different methods of photography as well as a variety of writing forms to explain their thoughts and feelings on important issues. Here, Eagle Rock students are learning traditional black & white film photography, a variety of writing styles as well as editing of their digital photos. Students are also learning how to educate an audience as they guide them to understand their chosen content. Along the way, they are also studying modern and historically significant photographers.

The People’s History: Here, Eagle Rock students are looking at U.S. history through various perspectives, including African American, American Indian, Asian American and Latino American points of view. They are examining individuals and groups who had an impact on history and their styles of leadership that lead to change. As students better understand their past, they may more clearly understand where they are today, how they fit in, and how it affects them as individuals. A strong focus in this class is on the importance of change that happened as outside groups stepped in and collaborated in such efforts. Students are using their perspectives on the past to explore and possibly construct ideas on how to have an impact today and in the future through their own leadership.

American Sign Language – ASL: In this five-week class, students are opening doors to communicate with the deaf and hard of hearing communities by learning American Sign Language (ASL). The students enrolled in this class are building their vocabulary, hand gestures, and facial expressions to communicate without speaking. Skills in sign language are being learned through games, engaging activities — and lots of practice. In fact, most class days will include no speaking out loud. As an added bonus, students are learning about deaf culture and are communicating with various members of the deaf community to practice their new skills.

Math 4 Life: After graduating from Eagle Rock School, where will students be living? What will they be doing? And, more importantly, how will they pay for everything required of living on one’s own? In this class, students imagine what their life might be like in the future, and then learn how to successfully and responsibly plan for that life. Topics covered include ways to save money, manage bank accounts, create a budget, find an apartment, search for a job, pay for school, buy a car, and file a tax return.

Human Canvas: Imagine a class where students are encouraged to ask questions and seek answers around why people do what they do to their bodies. This class is doing just that by studying the techniques, symbolism and history of tattoo art, piercing, and body modifications. Students are exploring why different cultures adorn the human body. They are also learning henna and theatrical makeup techniques as they study ancient and modern rituals around body art.

Courageous Conversations: Here, students are taking up important topics around racial identity, racism, classism and genderism, asking themselves how they are part of this and how it affects them. The students enrolled in this class are exploring ways to successfully communicate, be respectful and be open to these various topics, and examine tools to be effective while listening and communicating. They started off by developing a recording/video diary about their racial identity (who you are), and then explore one of the topics listed above. Students are then conducting research on the topic and facilitating a way to help others understand their point of view and be able to successfully utilize the tools taught. Finally students in this class will put together all these skills (digital editing, facilitation/communication and learning more about identity) in order to host a courageous conversation in the Eagle Rock community.

Entrepreneurship: In this class students are evaluating the concepts of starting something new by going into business for themselves. Emphasis is on the exploration of feasible ideas of products/services, research procedures, business financing, marketing strategies and access to resources for starting a small business. Class participants are developing components of a business plan and evaluating startup requirements. Alternatively, students are encouraged to build on their knowledge of starting a business venture and direct that knowledge toward solving a global or local issue.

Learn to Swim: This class is for Eagle Rock School students who are non-swimmers, poor swimmers or just want to learn how to use the pool to get a good workout. Whether they are beginners, intermediates or experts, students enrolled in this class are in the Eagle Rock pool (don’t worry, it’s an indoor pool) every day learning about swimming, fitness and nutrition.

La Telenovela: In this class, Eagle Rock students are analyzing and creating their own Spanish-language “soap opera” episodes. Students are gaining insight into telenovela structure, characters and themes by viewing real telenovelas. They then refine their Spanish reading, writing, listening and speaking skills in class. As a final project, students will script and film their own telenovelas in which they play the characters as well as do all of the required behind-the-scenes production work. Students will work on acting as well as filming and directing techniques to produce the final episodes.