After the first five weeks of classes at Eagle Rock School, students take a break from regular classes and participate in Explore Week — so named because it offers an opportunity for our students to explore outside interests in structured courses taught by guest instructors.

Instructors come to our mountainside campus from all over Colorado and across the country. Past instructors have included previous staff members, fellows, and other important members of the Eagle Rock community. Over the summer trimester, we welcomed back not one, not two, but three alumni: Charmaine Mitchell-Persens (she arrived at Eagle Rock as a student in the spring of 2002 — aka ER 27), Stephanie Sweets-Baldwin (winter 2001 — ER 23), and David Sanchez (winter 2010 — ER 53).

Charmaine and Stephanie were co-teachers for a course called Hair Care, Hair Design and Extension Wear. Of course it was one of the most popular courses during Explore Week and Stephanie and Charmaine were able to encourage self-discipline among the students. 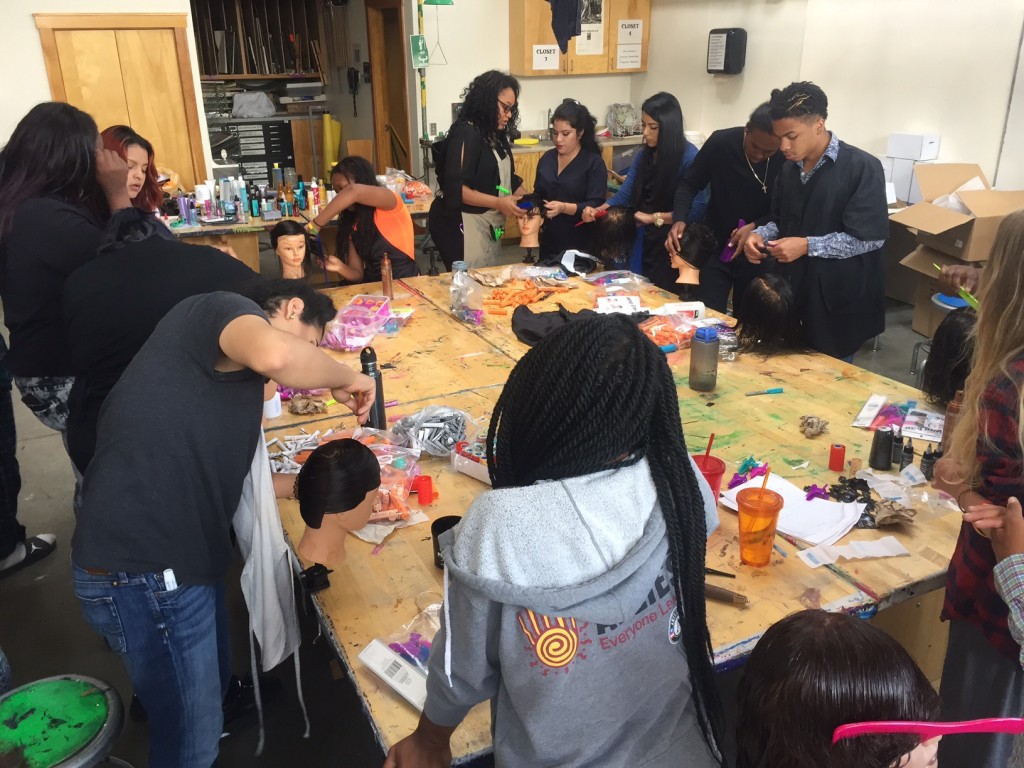 For instance, students were asked to come prepared, which meant professional dress and attire was a requirement. This was a change from the sweats and pajamas often seen in morning classes, and participants were decked out in freshly ironed shirts, dressy pants and neatly combed hair.

In this course students learned how to design craft, and put in extensions. They were taught the organization they would experience in a salon, and the importance of keeping everything in its place. At the end of Explore Week, an Eagle Rock School audience was blown away during a fashion show where students showcased the knowledge they accumulated throughout the week.

David Sanchez co-taught a course with Chris Henrikson, bringing Street Poets into the buildings of Eagle Rock. David Sanchez is a Street Poets alum, an organization with the mission of “harnessing the healing power of poetry and music to save lives, create community and transform culture.” 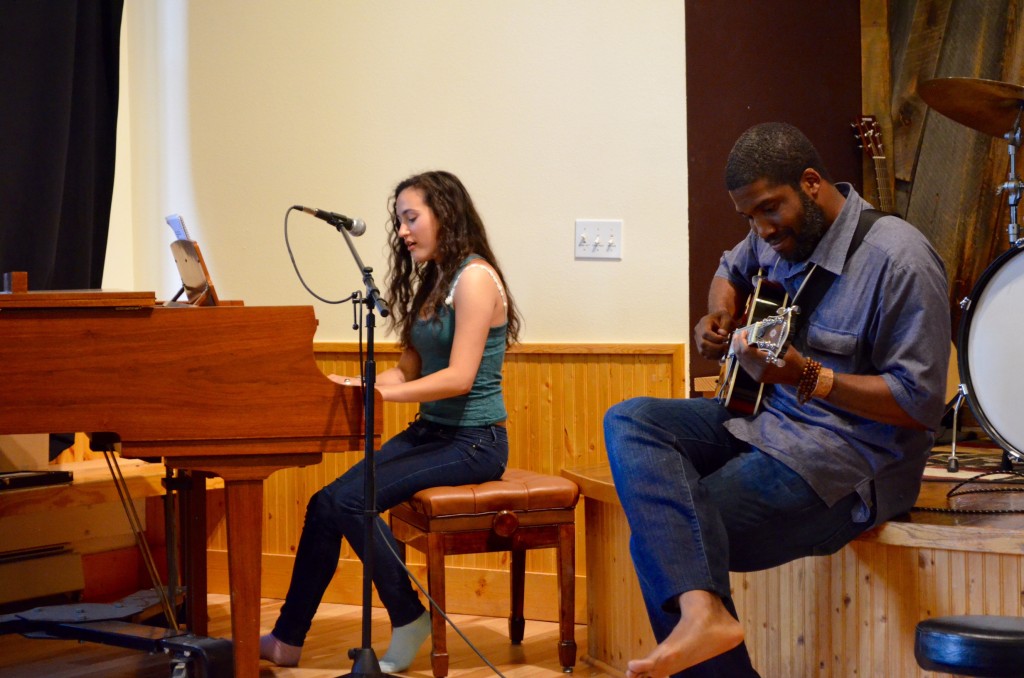 Also a popular course, students learned how to take their life experiences and — through poetry — empower a voice and story that had been silenced for too long. They learned how to structure their thoughts, feelings and experience, then take all that and put pen to paper for a masterpiece. At the end of the course students wowed fellow students and staff with a powerful, cathartic performance filled with poetry, beat and the occasional tears for some.

Some of the more important moments for students and alumni came outside of the classrooms. Those moments were wrapped in conversations about Eagle Rock, what alumni had accomplished after graduating and lessons taken from the Eagle Rock experience.

Turns out Stephanie, Charmaine and David became very popular during meal times. Students rushed to their tables to pick their brains about “how Eagle Rock used to be” and asking, “was it always this hard?” Students learned from their instructors’ experiences and were reminded that they have to own their experiences at Eagle Rock. That was a sentiment repeated by alumnae Megan Rebeiro (she arrived at Eagle Rock way back in the winter of 1998 — ER 14), our new director of students, and Sandy Rivera (ER 29 — winter 2003), Juniper House parent, through their own interactions with students. 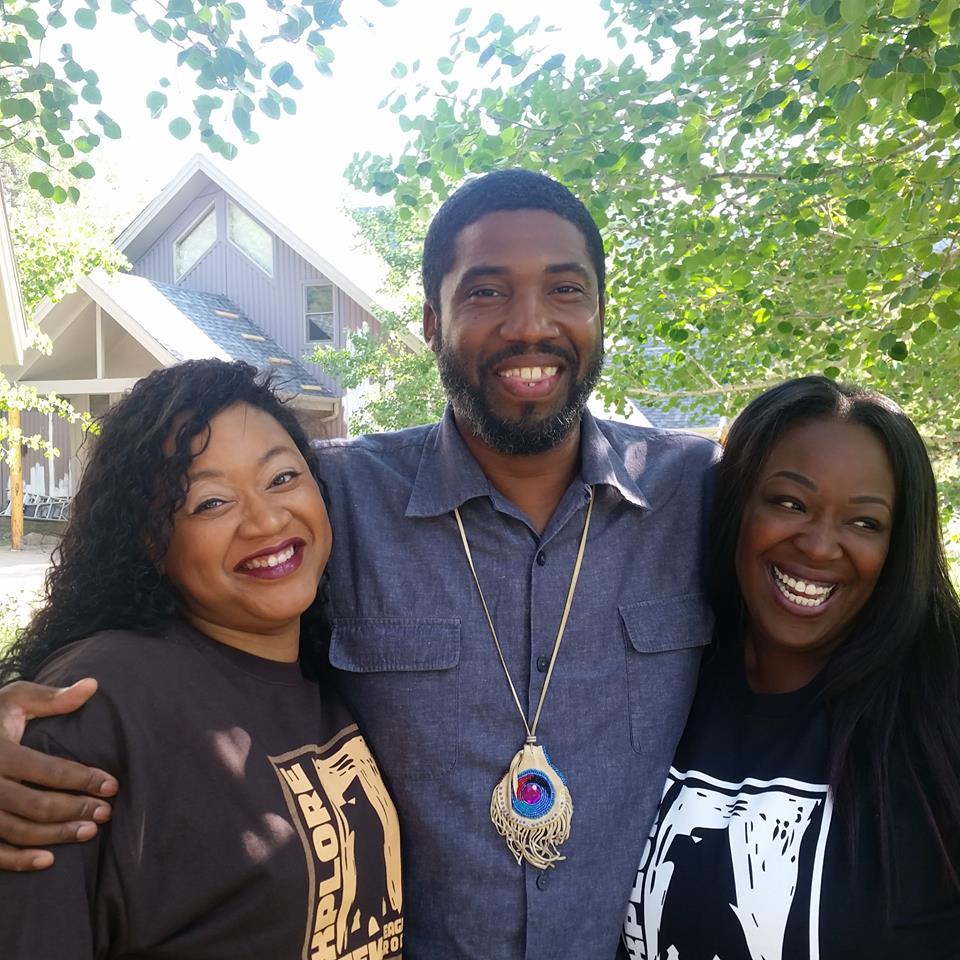 With so many alumni (247 and counting), we’ve decided it’s time to bring these former students back to celebrate their accomplishments more often. This has included inviting them to recent events such as staff retirement celebrations, and efforts to connect current students with the larger Eagle Rock School network.

We are hoping to involve more alumni throughout the year and reconnect paths that haven’t crossed in a while. After all, the celebration of a quarter of a century of Eagle Rock School & Professional Development Center is just around the corner!

As for our Explore Week alumni, David has become more involved with Street Poets since graduating from Eagle Rock. You can see his video below:

As you can see, David shares his story in a beautiful, poetic way, and credits his mentor Chris Henrikson for much of his success. Today, David is a proud father and business owner. His business — Seed and Sol Organic Gardening — constructs and maintains organic backyard raised-bed gardens. David credits his daughter for changing his life, and giving him a new perspective on respect and humanity.

As for Stephanie and Charmaine, both have received their cosmetology degrees and work for hair salons. From milestone birthdays to raising children, these two Eagle Rock School alumnae are keeping in touch and fostering a friendship that started more than 15 years ago. While at Eagle Rock, Stephanie had the opportunity to look at her Graduate Presentations of Learning’s (POLs) and is amazed at the person she was and who she has become since graduating from Eagle Rock. Both say Eagle Rock changed their lives for the better.

When asked what alumni want to see back at Eagle Rock? Word of the Week!

About The Author: Bea Salazar-Nunez is the Life After Eagle Rock Instructional Specialist at the Eagle Rock School and Professional Development Center in Estes Park, Colo. Bea was born in Los Angeles and grew up in Commerce City, Colo. She earned her undergraduate degree from the University of Colorado at Denver, and her master’s degree at Colorado State University in Fort Collins. At Eagle Rock, Bea assists students in navigating their options as they prepare for their journey after Eagle Rock.