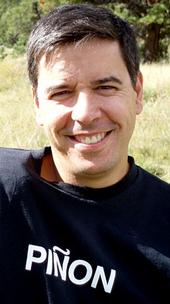 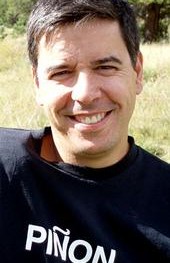 In the U.S., one student drops out of school every 12 seconds. That’s 1,129,291 students so far this school year, according to Big Picture Learning (BPL) – a nonprofit organization that was founded in Rhode Island back in 1995 by Dennis Littky and Elliot Washor, who insisted that education is everyone’s business.

In fact, the two men made that the company’s motto in their goal to demonstrate that schooling and education can and should be radically changed to the benefit of the student. What these two educators envisioned was an environment where schools would start with a student’s interest and build a curriculum around it rather than start with a curriculum and force students to fit in.

And therein lies the common thread between Big Picture Learning and Eagle Rock — a shared belief that students need to be reengaged in their own learning. The founders of BPL believe students should spend considerable time doing real work in the community under the tutelage of volunteer mentors, meaning they wouldn’t be evaluated solely on the basis of standardized tests.

That doesn’t mean students in Big Picture schools can just take a pass on a formal education. In truth, they still must meet each state or district’s requirements for graduation. No alternative or lower, softer standards here.

Rather, Big Picture schools focus on a high school experience that leaves students well prepared for college — and the world of work. In fact, students in BPL schools are held to higher levels of academic and professional standards as they complete their in-school advisory, as well as the real-world work of their internship site.

As a result, BPL students are assessed on their performance — on exhibitions and demonstrations of achievement, on motivation, and on the habits of mind, hand, heart, and behavior that they display — all reflecting the real world evaluations and assessments that all of us face in our everyday lives.

Due to the efforts of Littky and Washor, the state of Rhode Island took a close look at Big Picture Learning’s approach, which was a bold new school dedicated to educating one student at a time. With support from the community, the state legislature approved the concept for Littky’s and Washor’s Metropolitan Regional Career and Technical Center, informally referred to as ”the Met.”

The first of the six Met schools opened in 1996 with a freshman class of 50 students, most of whom were at-risk African American and Latino students who didn’t fit in when it came to conventional schools.

The first Met class graduated in 2000 with a 96 percent graduation rate. Ninety-eight percent of the graduates were admitted to postsecondary institutions. They shared $500,000 in scholarship funds to help fund their college educations. A success for its first-ever graduating class!

The Big Picture model now has more than 70 schools in the United States, Australia, Canada, Israel and Netherlands, all operating under the directive that learning be based on each student’s interests and needs; curriculum be relevant to the student and enable them to do real work in the real world; and that student growth and abilities be measured by the quality of their work and how that work changes them.

In addition, Big Picture schools make learning relevant and engaging and enhance the connection between school and work, improve instruction and access to supports for struggling students, build a school climate the fosters academics, ensure that students have a strong relationship with at least one adult in the school, improve the communication between parents and schools, and develop post-secondary plans unique for each student.

Among the roles Eagle Rock has played in this remarkable success story is by helping a half-dozen schools with their BPL process. These schools include:

In addition, Eagle Rock has played either a lead or support role in four of the last five annual Big Picture Principals Conferences, with retreats held in Providence, Nashville, Los Angeles and Philadelphia.

Eagle Rock has also designed and led the Senior Thesis Project each fall and spring since 2010. And we’re currently engaged in discussions for another conference this spring.

About the Author: Michael Soguero is the director of professional development at Eagle Rock School and Professional Development Center in Estes Park, Colo. There, he is primarily responsible for developing strategy that positively affects public education throughout the United States.