For many people, a good movie provides the perspective of being an outsider looking in, adding new insight to a particular issue or event. For others, it’s just an opportunity to sit back and enjoy something entertaining. 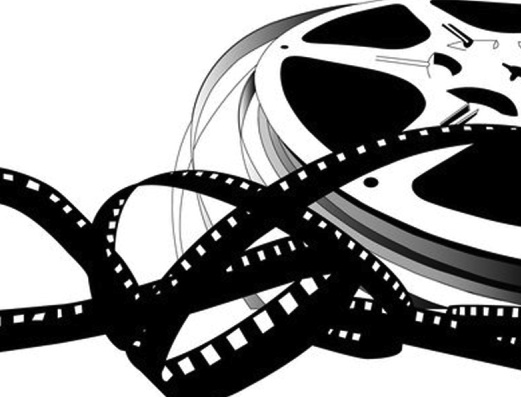 Regardless, movies are a valuable art form that can be used to educate, inspire and demand change. In the spirit of celebrating all that cinema has to offer, Eagle Rock staff members recently reflected on their favorite education-themed movies.

Here are their thoughts on the cinema in education:

Film: Once – Directed by John Carney
Commentary by: Jen Frickey, Director of Curriculum

The film musical Once follows a vacuum repairman who spends his evenings busking on the street by playing guitar and singing. A Czech immigrant comes across this musician and asks him if he can repair her broken vacuum. The woman is also a songwriter but spends most her time performing odd jobs and taking care of her mother and daughter.

As the pair gets to know each other, the Czech girl agrees to help the part-time street musician as he writes and records a demo tape in hopes of landing a music contract. The two learn about each other’s past lovers and profess their newly found love for each other — all through the songs they’re writing.

While not a typical ‘education movie’ about teaching and learning, Once is a beautiful story of how common interests and passion can bring people together and create amazing results. It reminds me of how important it is that we find out and tap into what students are passionate about, and help schools become venues where students can experiment, learn, collaborate and broaden their ideas on what is possible, and what fuels their desire to learn.

This documentary follows students Anthony, Francisco, Bianca, Daisy and Emily and their experience within the public school system. The movie serves to review how public school systems often inhibit academic growth rather than promote it. Director Davis Guggenheim reviews and dissects dropout factories and academic sinkholes, while outlining the numerous systemic problems within the existing construct of how society educates its youth.

As a result, this film provides a critical look at the public school system and the disservice it does to many of our young people. It motivates those who view it to look at the shortcomings of schools and to find a path for improvement.

After being kicked out of his band, Dewey lies his way into a gig as an elementary school substitute teacher. Knowing nothing about teaching — or fourth graders for that matter — he teaches the only thing he knows about, music. His wild antics at his strict, private school win his students affection, and after he discovers one of them is a guitar prodigy, he decides to enter the class in a local battle of the bands competition.

The students put up with the learning curve of playing rock music while simultaneously dealing with personal and family issues, which their music eventually helps them overcome.

This movie captures every music teacher’s dream of having their students own and reinterpret the subject matter into new, profound and creative ways.

This documentary follows several resilient teenagers from black, Hispanic and Palestinian backgrounds as they struggle through day-to-day life. It draws parallels between all of them as they share a fear of failure and societal pressure. Through their writings we learn these youths do not view themselves as victims, but rather are an indisputable resource to revolutionize our various prejudiced environments.

This film offers a great example of the power of expression and how it crosses cultural boundaries. We have the same issues, the same pain, the same struggles no matter where we live, but we are brothers and sisters who speak the same language. We just need to remind ourselves of that and think about our biases, perspectives and how that affects our relationship with one another.

Do you have a favorite movie with an educational message or theme? Tell us about it in the Comment section below.