Armed with in-depth research, tons of data, as well as graphs and charts illustrating a topic of their own choosing, a group of Eagle Rock School students recently completed data analysis presentations on topics of their own choosing at the University of Colorado at Boulder. 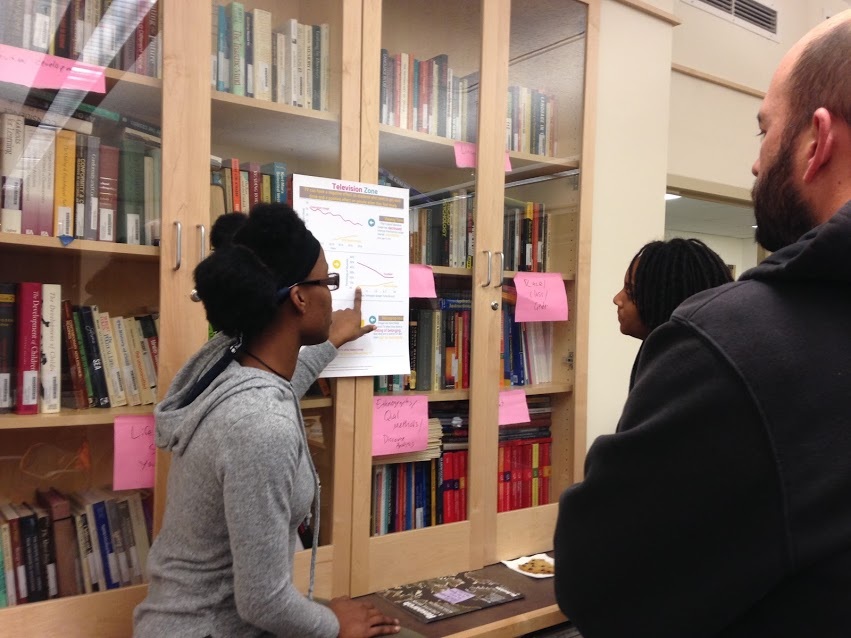 This research rite of passage has taken place every other trimester for the past few years here at Eagle Rock, with participating students spending hours both inside and outside of class, working late nights and weekends in order to create a high-quality, polished work to serve as a final Data Analysis class project.

This year our students presented their work to a group of undergraduates, graduate students, and professors at the University of Colorado at Boulder. These high stakes presentations lead to extra-long hours in the final weeks of class, with students going above and beyond in their efforts.

At CU’s School of Education, students quickly hung their infographics on the walls and queued up their videos. As outside students and professors began to trickle in, our students patiently answered their questions — and then asked many of their own.

One professor had just come from undergraduate presentations, and he claimed our students blew them away. He said that while the undergraduates had primarily focused on just one source for their work, Eagle Rock students explored multiple sources, synthesized the information, and then created a deeper and more complex understanding of their individual topics. 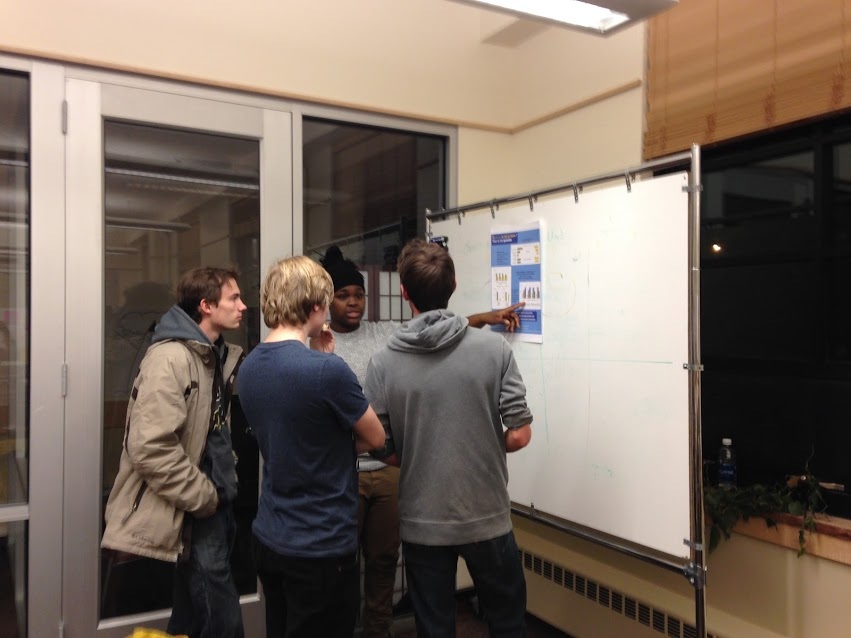 And the Eagle Rockers who tackled these challenges covered a wide range of topics. For instance:

Brianna, a student from New York City, researched the impact of television on young adults. She discovered data that indicates, “TV can have a negative impact on students who need to get work done and a positive effect on people when they feel lonely.”

Chemi, also from New York City, researched the reasons people move and the impacts a move can have on their lives. Synthesizing at least a dozen sources, Chemi concluded that, “People who are more educated tend to move more. Movers move because of better job opportunities and people who stay, stay because of personal connections.”

Djibril, another New Yorker, researched the migration of ancient Homo sapiens out of Africa. After amassing a collection of dense scientific articles, Djibril suggested that there are different hypotheses as to how early humans migrated out of Africa. “Many anthropologists currently believe anatomically modern humans migrated out of Africa through the Bab-el-Mandeb Strait.” He said that is opposed to the potentially more intuitive path across land through Egypt and into modern-day Israel.

Emiliano, a student from the San Francisco Bay Area, researched what it would take for a planet to be habitable to humans, and whether the recently discovered Kepler 186f could possibly support human life. He concluded: “There is much we do not know about Kepler 186f and of its habitability. Even though it’s similar to Earth, there is no conclusive evidence to say that Kepler can be suitable for human life or life in general. We simply lack the technology right now to say for certain.” 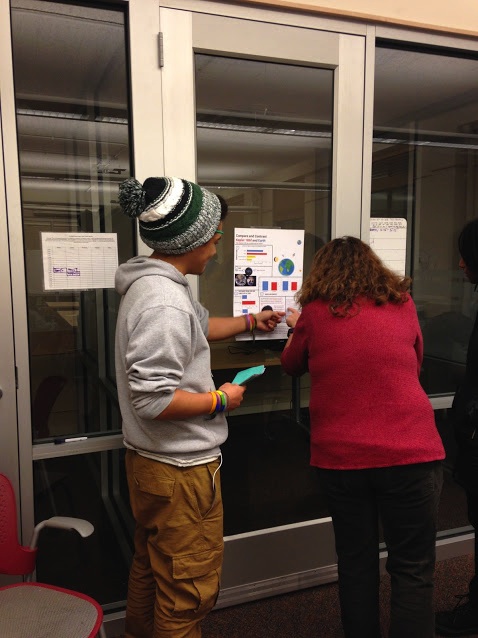 Keny, an Eagle Rock student from New York City, researched the quality of life in Harlem, New York versus The San Fernando Valley in Southern California.

Rahmel, also from New York City, researched life expectancies around the world, comparing the United States to Japan and Chad — the two countries with the longest and shortest life expectancies, respectively. He concluded that, “Life expectancy is based on the overall health of the country and the rate of childhood mortality.” Within this, he discussed how the top causes of death in Chad were treatable diseases such as influenza, diarrhea, and HIV/AIDS.

No doubt these projects consumed plenty of time and effort, but the response to their work from college students and professors alike was the big payoff for Eagle Rock’s young analysts.

About the Authors: Becky Poore is the Math Instructional Specialist at Eagle Rock School and Professional Development Center in Estes Park, Colo. A former Peace Corps volunteer who taught math and biology for two years in Uganda, Becky holds a Masters of Arts degree in Curriculum & Instruction for K-12 math and science education from the University of Colorado Boulder. She started her outdoor education career at Deer Hills Expeditions, an outdoor adventure camp in the American Southwest during college. Helen Higgins is Eagle Rock’s 2016/2017 Public Allies Teaching Fellow In Math. Helen concentrated in math and art at Hamilton College in Clinton, N.Y., where she discovered mathematics is the purest form of artistic expression. Prior to Eagle Rock, she led backcountry trips for high school and college students, taught on a farm, and coached skiing for the Adaptive Sports Center of Crested Butte, Colo.