Add anything here here or just remove it..
By Eagle Rock,
May 17, 2017Leave a commentCoalition of Essential Schools 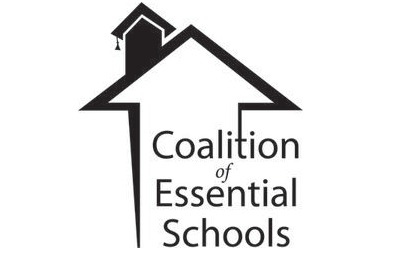 If you’re even a casual supporter of progressive education, you’ve probably heard or read about the shuttering earlier this year of the national operations of the Coalition of Essential Schools (CES). Coming on the heels of more than three decades of ground-breaking work in student-centered teaching and learning, this well-celebrated school reform network ceased national operations at the end of January.

However, the formal closure does not spell an end to the education organization’s website, nor the resources available on that site. In fact, these resources — as well as the Essential Visions video collection and the CES benchmarks — remain available, enabling educators to receive the help and support they require to continue the practice of educational reform.

Of course, we here at Eagle Rock School and Professional Development Center stand ready and able to assist anyone interested in learning more about CES and its unparalleled resources for progressive educators going forward. As the convener of CES Centers, we are a full-service, not-for-profit educational reform organization that operates a year-round residential high school in Estes Park, Colo., and offers professional development services at school and community sites around the United States.

If you aren’t sure where to start, reach out and we will connect you with the appropriate CES Center that best serves your interests. Just use the Contact Form on our website.

The Coalition of Essential Schools (CES) was formed in the mid-1980s by Theodore R. Sizer, a professor, school dean and author who had the vision of creating schools that would be more engaging for students. At one point, more than 150 progressive schools adopted the coalition’s forward-thinking principles of intellectual, equitable, and student-centered teaching and learning.

Sizer’s concept has its basis in his most popular book, Horace’s Compromise: The Dilemma of the American High School. And the improved CES website — which stands as a testament to his vision — now offers links to all of the so-called Horace issues as downloadable PDFs. The site is envisioned as a source of information for progressive educators, school leaders, students, and anyone seeking a personalized, equitable, and academically challenging school program for all students.

The website also serves as a conduit to various CES centers, located throughout the country and available to provide technical support, coaching and instruction to schools that support the 10 common principals of the coalition.

So what prompted the closure of this iconic educational reform institution? According to Madeline Will, assistant editor for Education Week Teacher and a contributing writer for Education Week, performance-based assessments, teacher-student advisory groups, and personalized learning were contributions that evolved as a result of the work of CES — concepts that are commonplace in many schools today.

However, funding has become sparse these past few years, according to Deborah Meier, vice chairwoman of CES’ executive board. She said foundations are now intent on scaling up and replicating reform movements, which flies in the face of the coalition’s vision of a local democratic concept with small communities designing their own vision of student-centered education.

Madeline Will wrote that changing trends in education policy also hurt the coalition, with national educators placing the spotlight on standardized testing, thus ignoring the philosophy of deep, masterful learning.

And while much of the recent changes in education would offend Sizer, were he alive today, one educator has hopes for the future of concepts put forth by CES.

Marc Tucker, president and CEO of the National Center on Education and the Economy, sees a number of CES programs emerging today, albeit under different titles and movements. He points to concepts such as deep learning — where education focuses on a student’s ability to reason and think well instead of just relying on the results of test scores.

Like everything else, the tide eventually turns on most concepts and notions, and there’s no reason to believe differently when it comes to progressive education and the concepts common to the coalition. In the meantime, those schools and communities interested in designing their own visions of student-centered education, our Professional Development Center is happy to help or point you in the right direction (use the Contact Form on our website to get started).