Add anything here here or just remove it..
By Eagle Rock,
February 23, 20181 CommentNews From the Rock

If we’re fortunate in this lifetime, many of us can point to one individual who made a huge difference in our lives, whether that person gently steered us in an unexplored direction, or presented us with life-changing options that corrected the course in which we were headed. 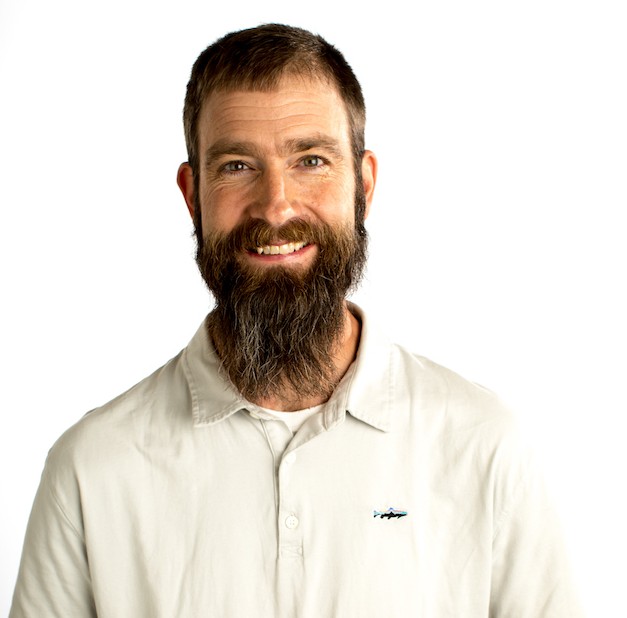 Here at Eagle Rock — an alternative high school designed to engage high school students who haven’t had success in a traditional educational setting — one such role model has been recognized for effecting change in his students by means of a unique style of teaching that is anchored on building meaningful relationships with each of his young charges.

Jon Anderson, a 16-year veteran instructor here at Eagle Rock School, is being recognized this month by Honored — a national nonprofit, nonpartisan organization dedicated to keeping great teachers in the classroom and inspiring a new generation of talent to pursue teaching.

It was while focusing on a teaching degree at the University of Northern California that Jon recalls being approached by one of his professors who suggested he might check out a nontraditional school up in Estes Park called Eagle Rock.

Jon did just that, and was hired as a student teacher in 1998, followed by an internship the following year. And after a stint teaching in nearby Denver, he became a fulltime Eagle Rock instructional specialist in 2002.

If you ask Jon, he will tell you he was attracted to Eagle Rock’s focus on students as individuals, which enabled him to not only build trust with each student, but work with them on issues specific to their future successes in life.

But what most impressed Jon was our tradition of sending new students on a 24-day backcountry adventure immediately upon their arrival at Eagle Rock. This multi-week trek in the wilderness is the foundation of the nontraditional education offered on our 640-acre mountainside campus.

Jon had found a home at Eagle Rock. He had fulfillment in his career, a purpose in life, and now, accolades from a national nonprofit organization that shines a spotlight on teachers who change the life of a single student.

As a result of his recent award, Jon was featured in a profile piece — written by Outside magazine senior editor Matt Skenazy — that now appears on Honored.com. Outside of course is widely known for articles covering travel, sports, adventure, health, and fitness, as well as the personalities, the environment, and the style and culture of the human-powered outdoor recreation community. Skenazy’s well-written piece focuses on the impact Jon’s teaching style had on a former Eagle Rock student who grew up in the San Fernando Valley area north of Los Angeles, Calif.

The story centers around Vidal Carrillo — a student mention in our own Meet The Team post about Jon from September of 2014 — who arrived here on campus at the age of 15. Vidal’s history includes a father who abandoned the family and an older brother was in and out of jail for years.

Fearing her younger son would follow the same path as his brother, Vidal’s mother desperately sought a way out for her boy, eventually taking the advice of a counselor to get Vidal into the alternative educational environment of Eagle Rock School. 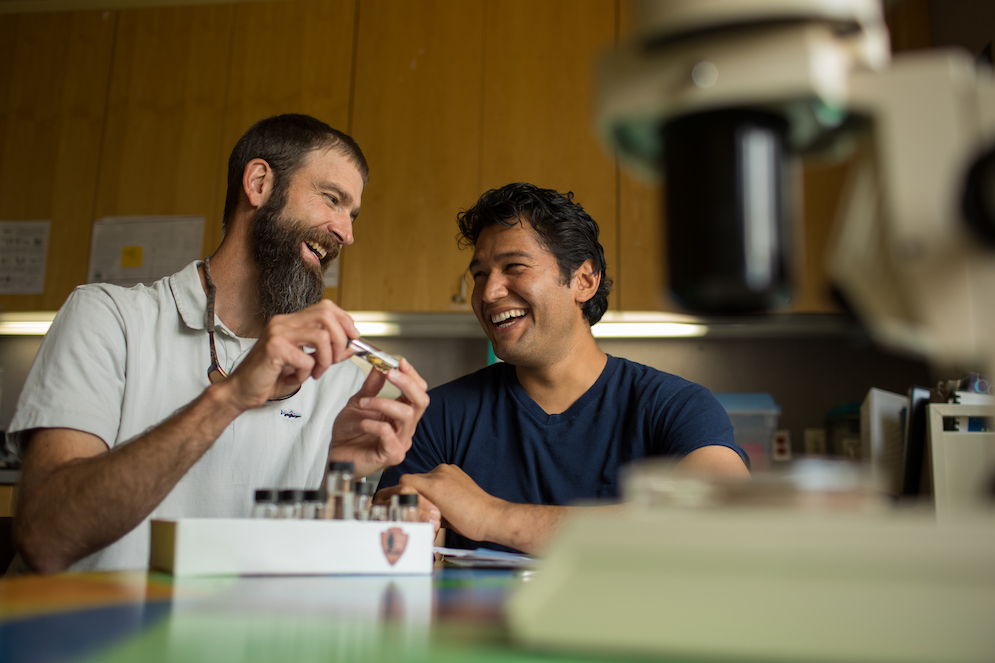 In Skenazy’s article for Honored.com, Vidal describes how he arrived back on campus following the 24-day wilderness orientation course within the Gila National Forest. “It just blew my mind,” Vidal recalled. “I fell in love with the beauty of the trees and mountains,” Vidal told Skenazy.

Vidal’s first perception upon meeting Outdoor Education Instructional Specialist Jon Anderson that day was that “Here was a man with a man’s presence. But he still spoke gently. And he was well mannered.”

The boy said he didn’t have any male role models growing up, but it was apparent this teacher had a good character and solid morals and ethics.

Eventually, the two developed a bond.

In the article, Jon recalls the River Watch class in which Vidal was one of his students. “He was so open to learning. He was hungry for knowledge.”

Vidal also remembers that classroom experience. “Not only did Jon help me in class, but he would be there for me outside of class if I was struggling with something in my personal life. He was interested in my future.”

Then, halfway through his education at Eagle Rock, Vidal broke one of our school’s “non-negotiable rules.” The article recounts that the violation occurred just as Vidal was about to embark on a Rocky Mountain National Park internship. It was an internship in which Vidal had been selected by Jon to represent Eagle Rock.

That internship appeared out of reach following Vidal’s infraction, but the beleaguered student’s first thought wasn’t about blaming someone else, or lashing out at the authority figures who made the decision.

Instead, Vidal’s newly acquired education — based on accountability, honesty, humility and other character attributes — led the young man to regret that he had let Jon and the school down. He took full ownership of his mistake.

“I thought the park internship wasn’t going to be a possibility anymore, ”Vidal told Skenazy. “I felt undeserving. I didn’t want to ruin the reputation of the school.”

But, the article continues, it was the trust and deep connection that Jon had built with Vidal that allowed the teacher to see Vidal’s mistake in the larger context of the person he had become during his time at Eagle Rock.

“He worked hard in his classes,” Jon Skenazy. “He cared about his education and about his own learning. Vidal and I trusted each other,” Jon said. And Jon trusted that Vidal would not falter again.

It was at that point that Jon asked Vidal if he was still interested in working in the national park.

“I was just…I didn’t know what to say,” said Vidal. “I was just so happy I was given another chance.”

The article continues with Vidal excelling at the internship, where he worked in greenhouse restoration and fire mitigation. That internship resulted in a job within the elite Alpine Hotshots firefighter crew, which battles wildfires in Colorado and across the country.

Vidal is 24 years old today, and Honored.com reports that he continues his work as a firefighter and attends biology classes at Colorado State University. His future plans? Apply to medical school.

Good advice from a man who continues to be a role model to students at Eagle Rock. Through his recognition, Jon will receive a $5,000 grant from Honored, in addition to a $1,000 DonorsChoose gift card that allows him to pay it forward to another deserving teacher.