Add anything here here or just remove it..
By Eagle Rock,
September 7, 2017Leave a commentAll Who Dare

Each year just like clockwork, Colorado’s blue skies offer its citizens a front-row view of the migration of wild geese — those long-necked waterfowl heading south in pursuit of sufficient grains, sunshine and open water to wait out the winter. Also like clockwork, each trimester at Eagle Rock School finds its incoming cohort departing on a 24-day orientation program to a remote wilderness area, each location placing them in an unfamiliar landscape with other new students who must rely on each other to complete two dozen adventurous and often emotion-filled days on the trail.

It’s a rite of passage for these new students, who have just arrived at our school that features an unconventional approach to education — a system that for decades has provided hope for young people striving to turn their lives around by engaging themselves in their own education. 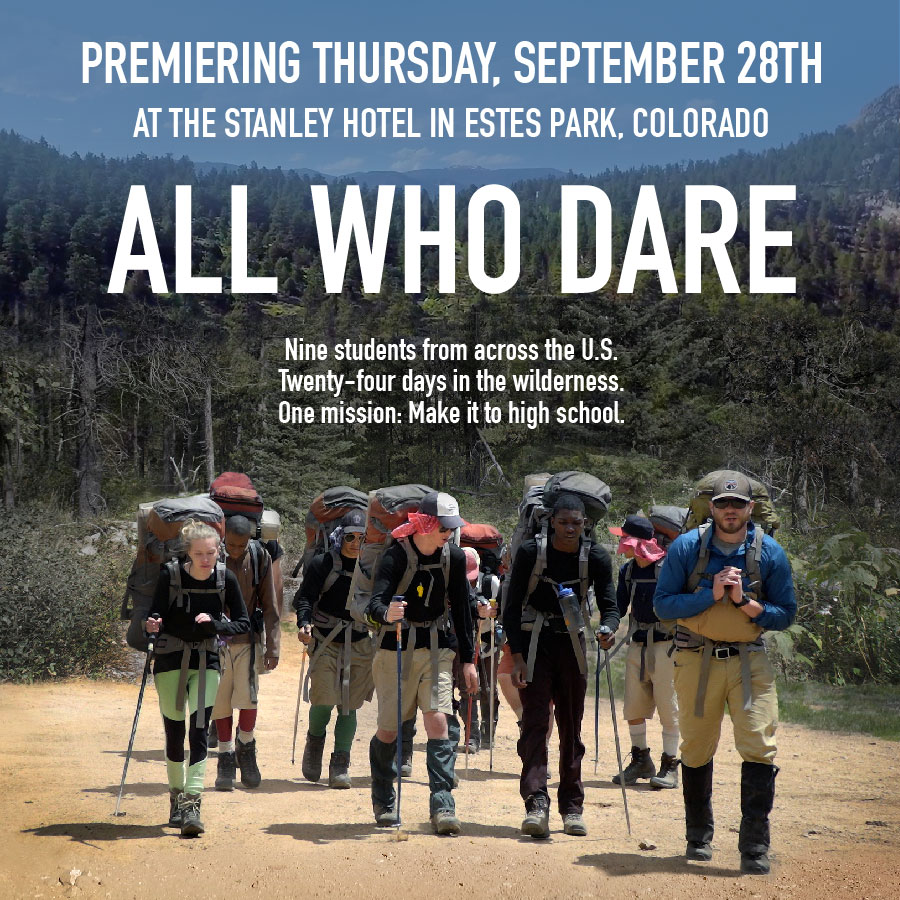 Supported by the American Honda Motor Co., the film premiers at 7 p.m. on Thursday, Sept. 28 at the Stanley Hotel, 333 E. Wonderview Ave., in Estes Park. And while tickets are free, they must be reserved in advance (by Sept. 26) by visiting http://allwhodare.eventbrite.com.

Additional screenings of the documentary will be held around the country, and those interested should check back for updates regarding “All Who Dare” regional screenings by visiting www.AllWhoDare.com

The nine students featured in the film all arrived at Eagle Rock’s mountainside campus on May 14, 2016, as part of the incoming group of students known as ER 69 (for Eagle Rock’s 69th incoming class since our founding in the early-90s).

As the film begins, these teens look into the camera and tell the interviewer about their battles with distraction, or the lack of support they say they experienced from their own schools or  life circumstances.

These one-on-one filmed interviews show that many have concerns or fears, with some questioning the value and purpose of our school’s wilderness orientation program. They are told they will be actively climbing rocks, fording rivers, traversing wobbly bridges over roaring mountain streams, rappelling steep rock outcroppings, all while sleeping each day’s aches away under starry or sometimes rainy nights. Then there’s the traditional three-day solo experience in the wilderness.

And no one is excited about the prospect of no smartphones, fast food, Netflix, malls or Facebook.

The camera follows as the students prepare for the upcoming backcountry adventure, participating in introduction sessions, attending lectures and learning how to survive in the backcountry, including mastering the proper means of packing a heavy expedition backpack.

In one scene, the disorganized group tries to load and transport one of their own on a portable stretcher, only to nearly dump the unsuspecting “patient” onto the ground. “This is a drill, but she could really get hurt if we don’t do it right,” one of our wilderness instructors patiently tells the group, stressing the importance of teamwork. It’s a word they’ll hear a lot over the next four weeks.

Eventually, once the group hits the trail and sees how it’s done, individual members of the incoming class take turns being “Leader of the Day,” each charged with safely getting the entire crew six miles further down the trail. Some complain that the others, “won’t listen to me,” or don’t follow instructions, but all are given the opportunity to become leaders, and as the film progresses, a subtle positive progression in the attitudes and behavior of its young stars begins to emerge.

Kiera Faye, the director of “All Who Dare,” said the film’s setting in the Rocky Mountains is breathtaking, and while the physical demands of wilderness adventure were impressive, she believes what ultimately makes the film remarkable is the students whose stories the camera follows.

She said the film crew faced a number of challenges in production, not the least of which was the inability to send an experienced filmmaker along with the students on the wilderness trek due to a park permit issue.

Instead, Joshua Voelker, Kiera’ husband and director of photography, trained Eagle Rock Wilderness Instructor Jordan Cerna in the basics of cinematography. Jordan picked up the skills quickly, and his instincts and close relationships with the students made for some truly fantastic footage of students’ experiences in the wilderness. 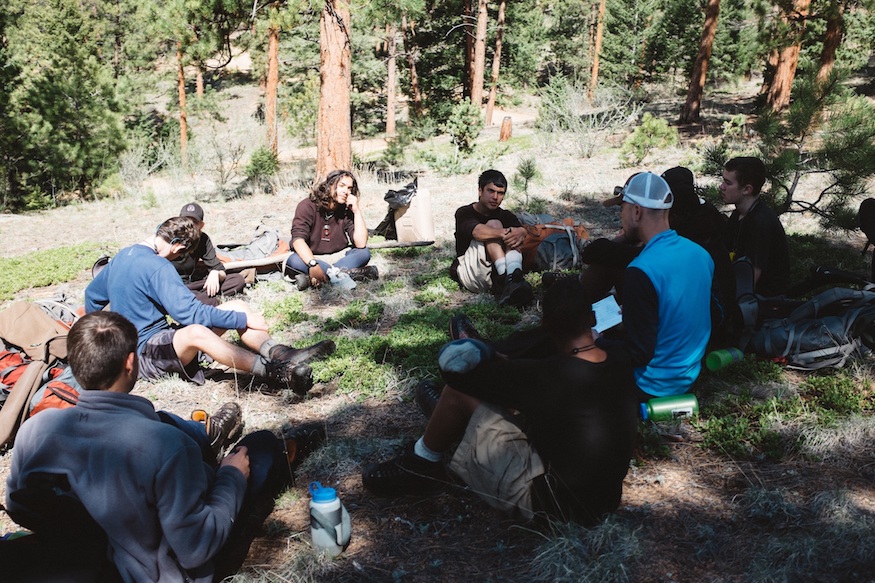 Growing up on a Minnesota farm, Kiera said she always felt a connection with wide open spaces, as well as the transformational power of stories. She earned a degree in Cinema and Digital Video at Northwestern College in Orange City, Iowa, and continued her education at the Los Angeles Film Studies Center.

In 2008, Kiera directed and produced her first feature documentary, “The Sacred Stage,” which enjoyed widespread distribution via Insight Media. Since then, Kiera has followed her passion for visual storytelling to create a successful video production studio, producing online micro-documentaries for non-profits and other organizations across the United States.

That experience is evident in “All Who Dare,” which displays a quality — both in its filmmaking and narrative — that has prompted us to submit it to a number of film festivals nationwide. To say Eagle Rock School and Professional Development Center is proud of this film, and both the staff and students involved, would be a major understatement. People around campus still talk about the joy of working with both Kiera and her husband, Josh.

It’s been a two-plus year process that we couldn’t have navigated without those two professionals, American Honda and Jakfoto Films.

If you’re interested in reading more about our unique wilderness orientation program, please check out the following write-ups:

And to view the film trailer and secure your ticket to the world premiere of “All Who Dare,” just take a moment to visit http://allwhodare.eventbrite.com. Again, “All Who Dare” will be shown for the first time ever on Thursday, September 28, 2017 at 7p.m. at the world-famous Stanley Hotel at 333 E. Wonderview Ave. in Estes Park. We hope to see you there!