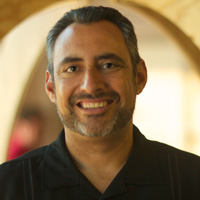 Editor’s Note: Eagle Rock works hard for high school reengagement nationally. One of our partners in this work is Tony Monfiletto, who is the executive director of the New Mexico Center for School Leadership. Monfiletto penned the provocative piece that follows on the counterproductive effects of narrow measures on school reform. And, as a result of Eagle Rock’s Professional Development Center recent visit with the Cowen Institute for Public Education Initiatives in New Orleans, we can confirm that most school models in New Orleans have adopted a narrow approach to school reform. We strive to connect work in one place such as developing New Metrics in Albuquerque, N.M., with work in another such as the education reform efforts in New Orleans, La., to make an impact that lifts all students in their engagement.

I am a former school principal and I currently lead an incubator for new schools in my hometown of Albuquerque N.M.. The schools are focused on project-based learning as a means to provide a thrilling and relevant education to young people who are off track on the road to graduation or who have dropped out of school and are returning to earn a diploma.

Just yesterday, I was listening to NPR while making my daughter’s breakfast. Cooking a meal from scratch for her is a highlight of my day, and most times we listen to one of hers — or my — favorite Pandora stations while we eat. But yesterday, we happened to be tuned into NPR and heard a report entitled “A New Orleans Charter School Marches To Its Own Tune”  (editor’s note: please have a listen).

It’s a story that hit close to home and adds a new dimension to the school reform discussion and movement. New Orleans is a city that has been dominated by schools that specialize in preparing students to score well on high-stakes standardized tests.

The currencies for these high-stakes tests are math and reading scores. These scores are the blunt instruments that our policy makers use to determine whether schools are effective, and these metrics drive the “no excuses” type of attitudes that dominate in New Orleans. The charter school movement was intended to inspire educational innovation, and it’s remarkable to me that a school focused on acquiring project-based learning through art would be considered such an aberration.

While New Orleans has staked its future on schools that focus on improving basic skills, the real world is focused on finding people who can think, solve problems and adapt to new circumstances. Many thought leaders bemoan the lack of creativity in our schools. But they’ve been blocked by technocrats hell bent on quantitative analysis of student learning.

Visionaries like Daniel Pink and Sir Ken Robinson speak directly to the fact that a narrow curriculum — rooted in basic skills — misses the mark completely. The Harvard Business Review, Washington Post, and Fast Company magazine have all challenged the same notion when they ask if the “MFA is the new MBA.”

I have seen educators lose their way under the current accountability system. They start schools that are intended to be innovative, then find themselves at odds with the dominant frame. The real-life, creative-thinking, problem-solving skills that innovative educators are teaching today aren’t even measured by the prevailing system.

NPR took that frame for granted when it commented that, “It’s too early to say whether this school’s approach is working. It just started its second year. Kids haven’t yet taken any standardized tests.”

As for myself, I wonder if we wouldn’t be better served by asking if standardized tests alone are even capable of measuring how well a school works?