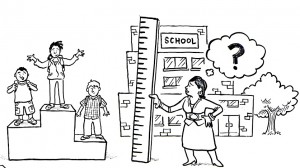 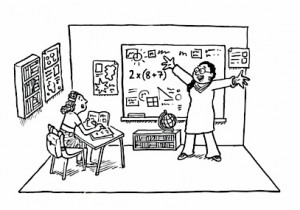 The arguments against the Common Core are widely varied and sometimes contradictory. For example:

A quick Internet search of pros and cons of the Common Core will turn up more detailed support for all the above arguments. Here at Eagle Rock, we find finds ourselves working with educators and organizations on both sides of this argument. 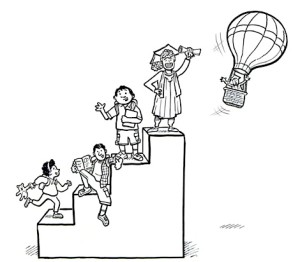 Given our vision of a country where all high school youth are fully engaged in their own education, and taking into consideration our mission to implement effective and engaging practices to support schools to achieve that vision, we do, of course, regularly work with schools that are making sense of the Common Core standards.

In sharing our take on common core standards, it might be helpful to know that we here at Eagle Rock are an organization for practitioners. We eat, live and breathe our goal of operating a successful school, all the while providing professional development around the country for folks who also work day to day in schools.

We base our existence on supporting the leaders and teachers at these schools. And to be the very best at that work, we have explicitly chosen not to focus on policy issues. We are not out to change policy. We are out to help practitioners make sense of the policies and expectations of their school, district and state while still meeting the intent of meaningful engagement for all students.

Eagle Rock believes the ends of education can be transformative. We graduate students prepared to make a difference in the world, and we hold standards such as making healthy life choices or exercising leadership for justice for graduation.

Simultaneously we use credible evidence-based practices that are familiar to public schools around the country to achieve our transformative ends. We use Understanding by Design (UbD) frameworks, learning targets, proficient readers strategies and six-traits writing practices across the curriculum.

Consistent with that, we have begun to reference the Common Core standards in our course plans. We work with schools that must integrate these standards and we have the tools and experiences to help them with that.

But as a practitioner-centered organization, we take a pragmatic approach to the Common Core. Yes, we accept it as part of the current reality for our colleagues. And our task is to help folks use it effectively for the greater good of meaningful engagement. But we firmly believe that — no matter what the policy landscape — we can stay true to educating toward transformative ends.

About the Author: Michael Soguero is the director of professional development at Eagle Rock School and Professional Development Center in Estes Park, Colo. There, he is primarily responsible for developing strategy that positively affects public education throughout the United States.