Late last year at Eagle Rock School, World Languages Instructional Specialist Josán Perales, and Societies & Cultures Instructional Specialist Cedric Josey combined efforts to teach a class exploring personal identities in association with global issues. The class, named Beyond Borders, encouraged students to look for how their identities intersect and are affected by historical and current issues in their lives.

By asking students to become experts of their own narratives and storytellers of their own lives, Josán and Cedric sought to encourage understanding across real or perceived lines of difference. In support of their effort, they ran across a documentary film called “I Learn America” and immediately reached out to Jean-Michel Dissard, the film’s co-director/co-producer (along with Gitte Peng), who was more than willing to partner with them by engaging with students after they watched the film.

If you’re unfamiliar with I Learn America, it’s a 2013 documentary was filmed at International High School at Lafayette — a Brooklyn, New York, public high school attended by newly arrived immigrants from around the world. The film focuses on five teenagers as they attempt to master the English language, adapt to families they haven’t seen in years, and create a future of their own while coming of age in a new land.

By observing these five vibrant young people, Eagle Rock students “learned America” through witnessing these youths’ stories and struggles, and their willingness to open their lives to the film crew.

After screening the film in class, our students further realized that their similarities greatly outweighed their differences, both with each other and the teenagers featured in the film. And thus was born an identity and story-writing collaborative workshop for our students, facilitated by Jean-Michel Dissard in collaboration with Cedric and Josán. 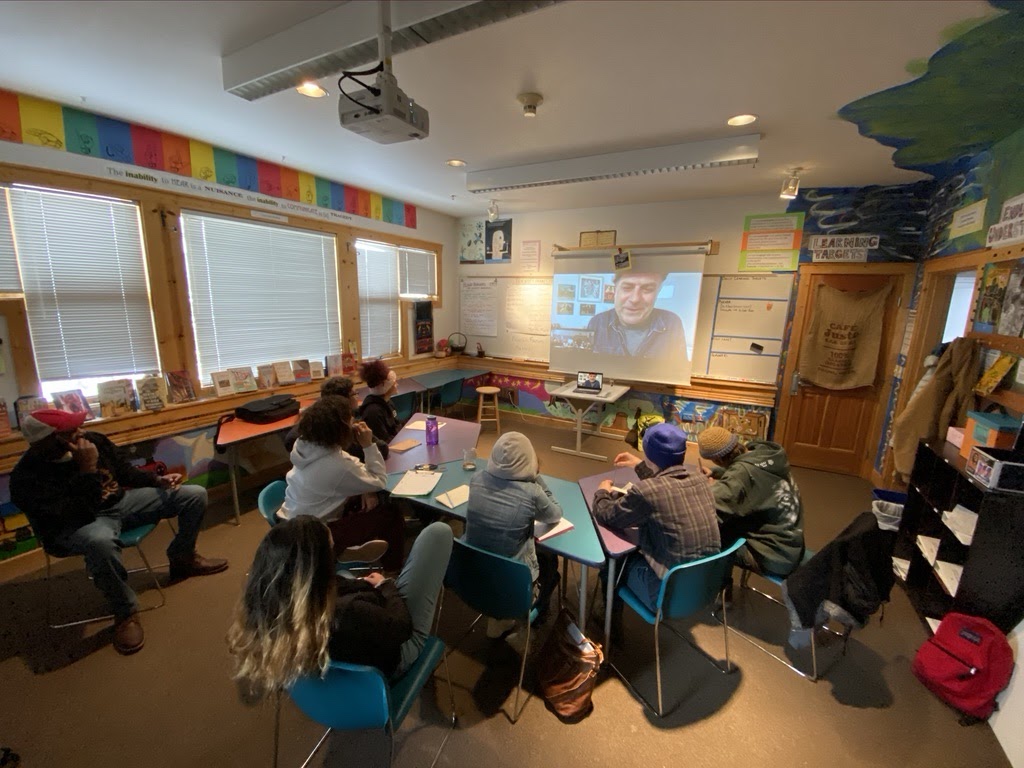 The first workshop occurred in the Fall of 2019, with Jean Michel participating virtually on a large screen with our students all in the same room. Inspired by the film and Jean-Michel’s masterful facilitation and curiosity, students began mapping and shaping stories of their own lives through an online project Jean-Michel led from New York City.

We continued this work throughout that trimester, with Beyond Borders students practicing their writing, and then sharing their personal narratives in new ways.

Lo and behold, as a result of his first contact with us back in December, Jean-Michel was inspired during the nationwide COVID-19 school shutdown to continue his workshops and community conversations online. Ultimately, Jean-Michel started an online program named “I Learn Storyshares” that engages youth in sharing their experiences around the country and internationally.

Jean-Michel took full advantage of current events that challenged classroom-centered communications and started asking students questions screen-to-screen. For instance, his virtual sessions begin with queries to students about “What is home to you?” and “How has your life changed as a result of COVID-19?” 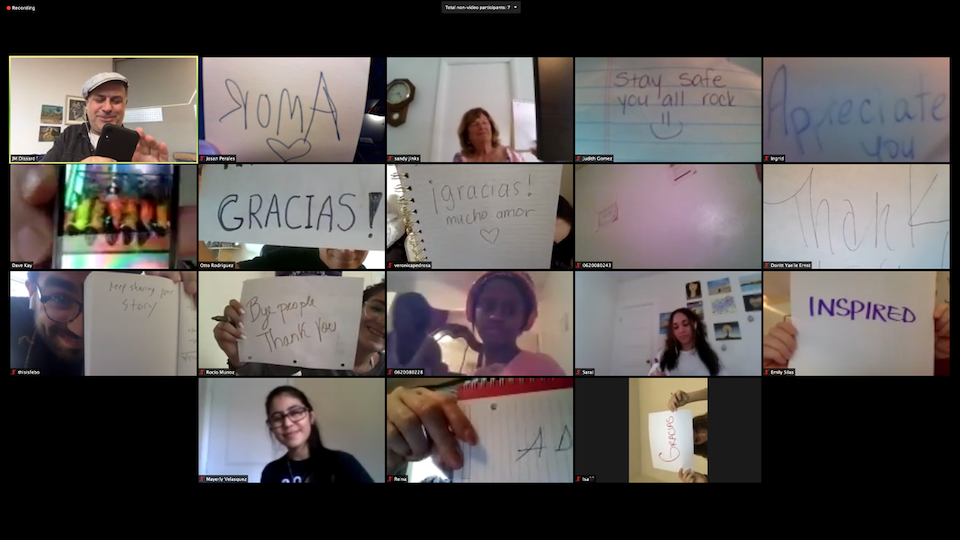 And he utilizes show-and-tell activities, asking students participating online at home to grab up to three objects in their immediate vicinity and consider the stories behind those objects. The student’s virtual classmates then vote on the object they want the student to talk about, and thus they begin to become masters of their own narratives and connecting through both similarities and differences.

“I Learn Storyshares” program draws inspiration from the documentary film, teaming up with schools and organizations to harness the immigrant experiences in their communities. Through screenings and workshops like the ones we’ve participated in, Jean-Michel is building bridges between classmates, their schools, their communities, and their new land.

In April of this year, Jean-Michel and other educators involved in “I Learn Storyshares,” began empowering youth participants in becoming leaders and facilitators of the Storyshares by offering mini workshops in facilitation, building conversations, asking the right questions, and remaining curious about each other.

Nami Beasley, an Eagle Rock School student who participated in Jean-Michel’s original training session, said this about the experience:

For the past two weeks or so, I have participated in “I Learn Training.” These discussions have changed my perspective on people and how important connection is. The fact that people were so vulnerable and open on their experiences inspired me.

I was hesitant at first sharing. Of course, anybody would. I mean, you are online with people you don’t even know. As the conversations continued, I began to open up myself.

“I Learn Storyshares” is currently conducting a six-week summer youth facilitators training workshop, where youth from all over the country are learning how to become master facilitators and run storyshares online with youth in their own communities and schools. For our part, we’re looking forward to re-engaging with Jean-Michel and the “I Learn” work during our fall trimester (ER 82).

To learn more about Jean-Michel Dissard and his work, or to discover how to host a screening of the film yourself, please visit the I Learn America website.