Add anything here here or just remove it..
By Eagle Rock,
April 26, 2016Leave a commentMeet The Team

John Marshall is no novice in the kitchen, having formerly managed a culinary program for the bustling Chi-Omega sorority at the University of Kansas. John has also packed up his knives and cooking skills to manage the kitchen for campers at Boys Trails End, a unit of Cheley Colorado Camps here in Estes Park. We asked this veteran cook to tell us a little about himself. Here’s what he said, in his own words:

John Marshall: I was attracted to Eagle Rock because of its reputation and its sense of community. 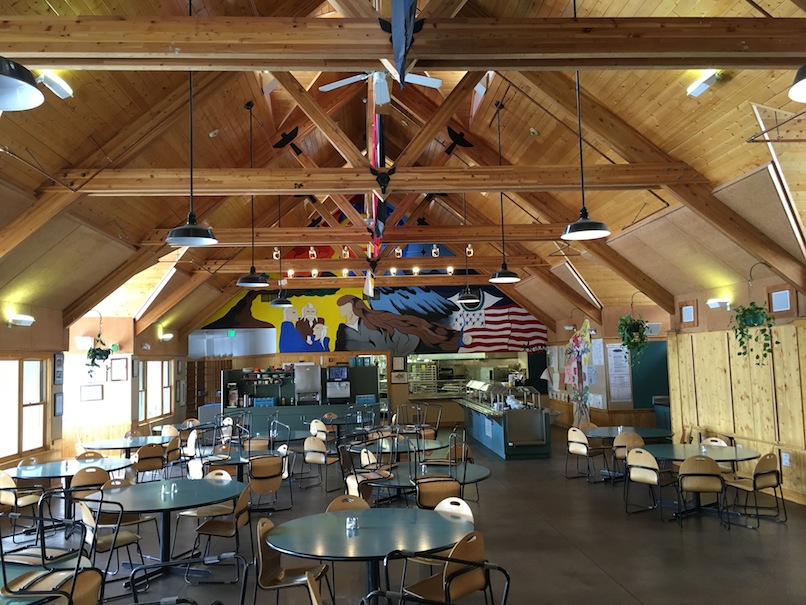 John: When I’m not working I enjoy spending time with my family. We spend a lot of time in the Rocky Mountain National Park. In fact, camping, fly-fishing and the night sky make me happy.

John: I don’t watch much TV so I’m not familiar with many reality shows. I do enjoy a show called ‘Live Free or Die’ about people living of the grid. But I don’t think anyone gets voted off.

John: One thing many people don’t know about me is that I studied for the Catholic priesthood for four years. I attended Conception Seminary College in Conception, Mo., from 1981 to 1985 where I majored in political science. Even though I didn’t continue on to the priesthood, my four years at Conception were awesome.