Add anything here here or just remove it..
By Eagle Rock,
April 25, 2018Leave a commentMeet The Team 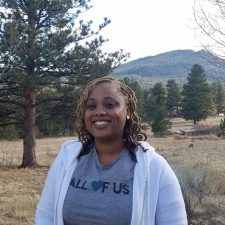 As our Student Services Program Manager, Nia Dawson develops and supports non-academic activities within the Eagle Rock community. As a member of the student support team, she works closely with students and staff to develop sustainable opportunities for partnership.

Nia grew up in Los Angeles and began her career working in youth services with the YMCA. She received a bachelor’s degree in social work from Syracuse University in New York with a concentration on youth development.

And over the past two decades and prior to joining our team in January of this year, Nia developed and managed programs on both coasts for the Urban League, the Boys and Girls Club, Big Brothers and Big Sisters, the Association of Community Organizations for Reform Now (ACORN) — New York chapter, and most recently the Harlem Children’s Zone — a pioneering nonprofit organization committed to ending generational poverty in Central Harlem, New York.

We posed a few professional and personal questions to Nia and here’s what she had to say:

Nia Dawson: After sending a few students from my former program (Harlem Children’s Zone) to Eagle Rock and seeing successes in their development, I was inspired to want to be a part of supporting young people in new ways that were more impactful.

Nia: When I’m not working, I’m exploring the outdoors, trying something new in the kitchen, playing with my cat Buddha or getting crafty. Make no mistake, I’m mean with a glue gun!

Nia: I would probably be on the Amazing Race because I love to travel, and I enjoy a good adventure. But, I would absolutely get kicked off because my sense of direction is the worst. If I advise you to turn left, absolutely go right!

Nia: People may not know that I used to appear in television commercials as a child.