Add anything here here or just remove it..
By Eagle Rock,
October 3, 20143 CommentsMeet The Team

As a professional development associate, Anastacia Galloway does a lot more than just coordinate POLs (presentations of learning), recruit panelists and create schedules. In fact, most of her time is spent working with schools and organizations across the country to reengage youth in their own education.

Anastacia says it’s re-imagining what public education can look like in this country. 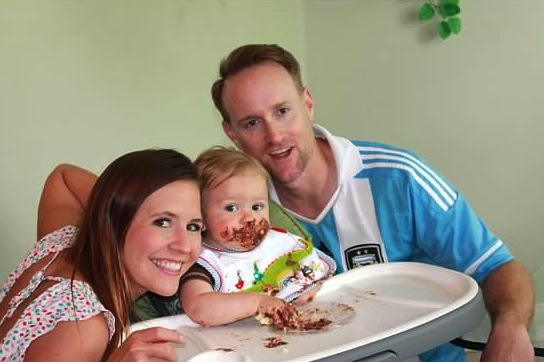 In just the past year, Anastacia has worked in Vermont on everything from service thesis projects to proficiency-based graduation requirements. She has facilitated protocols with visiting groups on projects or dilemmas they are experiencing in their schools and facilitated workshops for our licensure candidates.

In addition, this fireball has supported Eagle Rock’s curriculum department by helping to implement student-centered coaching. And last year, she was a core member of our Professional Development Critical Friends group as well as director of the student-led Adult Mentor & Peer Mentor program.

Get to know Anastacia Galloway:

Eagle Rock: It sounds like you have a full plate, but are there other duties you perform at Eagle Rock?

Anastacia: Besides my work as the Professional Development Center (PDC) associate, I’m the house parent for Pinon house. In every sense of the word, house parents are parents — I am my students’ biggest fan and strongest supporter, and I will push them to the edges of their comfort zones. And that means when it comes to keeping their areas clean or becoming leaders in the house or throughout the Eagle Rock community. Four nights a week and one morning, I open my home to them where we cook, make coffee, hang out, and otherwise spend time together.

Anastacia: Let’s see, prior to coming to Eagle Rock I had just imploded my life plan. In the fall of 2010, I was in law school with ambitions to become an advocate at The Hague International Court of Justice defending sex trafficking victims, persecuting traffickers and being part of war crime tribunals.

Although I excelled, I regularly pulled all nighters, and I found my personal relationships suffered, and the debt I was accruing was unreal. Reflecting on my motivation, I realized that I didn’t need to become an international attorney to be able to use my talents to contribute to society in a meaningful way.

Prior to going to law school, I spent 50 hours a week in a windowless office building as a logistics coordinator and purchasing specialist for a building supply company the size of Coca-Cola called Ferguson Enterprises.

After graduating in 2008 from West Virginia University with degrees in business and world language, I moved to Villahermosa in Mexico where I interned for a marketing and advertising company, Signo Communicaciones.

Anastacia: Since I had just imploded my life plan, I moved to Estes Park with my partner, Kevin, with no idea what my next step would be. In January 2010 I applied for the registrar position at Eagle Rock, thinking, “Other than direct experience with high schoolers, I have the skills and experience to be the registrar.”

When I did my full-day interview, I fell in love with the culture of spending Wednesdays playing sports and the importance placed on building relationships with youth. Since 2010, I have created transcripts, helped prospective graduates keep track of their obligations, directed the peer mentor program, coached students on becoming leaders, developed curriculum for Explore Week, co-taught a course with the PDC team, and taught a weeklong Explore Week course on a passion of mine — films.

Now, in my new role as professional development associate, I love the fact that every day I use my strengths to make a long-term contribution to a bigger picture — re-imagining education in our country.

Eagle Rock: When you’re not working, what do you do in your spare time?

Anastacia: Free time – what is that? When I’m not traveling for the PDC or hosting Pinon House in my home, I love spending as much time with my family as possible, hiking, playing outside and skiing.

I also try to sneak in a workout at some point in my day, be it a run to clear my mind, relaxing with a Pilates routine, or pushing my limits weight lifting. I grew up skiing and was a ski racer in college, so as soon as we get our first snow this winter I’ll be teaching my little one, Luca, how to ski.

Luca, by the way, has owned skis since he was 8 months old, skied with me last winter in a pack on my back, and even got some runs in before he joined the world. Although with a toddler I have less time for this, I absolutely love watching movies, great television series, and creating scrapbooks on Shutterfly. Most Saturdays and Sundays, if I’m not playing outside with Luca, we’re hanging out at the family coffee shop in downtown Estes Park.

Anastacia: Top Chef! Although I would have a fighting chance to take the title, I would not be able to continue after suffering third-degree burns using the donut fryer for what would have been an incredible mocha donut breakfast treat.

The judges would rave over how delicious my cold-brew (iced coffee) was and lament over my inability to complete the breakfast challenge because they knew my donuts would have been outstanding.

Anastacia: My favorite success story is not about an individual, but rather about my favorite day of the Eagle Rock week with some of my favorite people. Last trimester we were unable to play the intramural softball games on Week 10 due to massive rainstorms. So, the HPC (Human Performance Center) crew created a one-day round-robin volleyball tournament with a prize for the winning house.

When the tournament started, Pinon played decently. Although we have a reputation as a competitive house, the competition doesn’t always match up with equal amounts of skill and talent, which could turn into frustration and self-destruction.

But, this day, we had a healthy balance of competitive spirit, teamwork and positivity. Somehow, we found ourselves in the championship round against Ponderosa. Ponderosa started off the game and really set the tone with sometime like seven unanswered unreturned rockets of serves.

Somehow, Pinon — the underdog — rallied in the next two games to defeat Ponderosa. And, the best part was the crazy goofy conversation we all had on the bus after our trip to see the movie “Lucy” — which was the prize for winning.

Not only did we come together as a house to defeat Ponderosa, but the bonding we all had after our trip to the movies was the icing on the cake. It was such a wonderful memory to create as the trimester wound to a close.