Add anything here here or just remove it..
By Eagle Rock,
August 31, 2018Leave a commentMeet The Team | Public Allies

Summer break is winding down here at Eagle Rock School and Professional Development Center, and that means we’re getting ready to welcome a new cohort of instructional, professional development, and student services fellows. Our 2018/2018 cohort includes ten new and three returning fellows — a baker’s dozen who are about to begin or continue a year-long commitment to service. 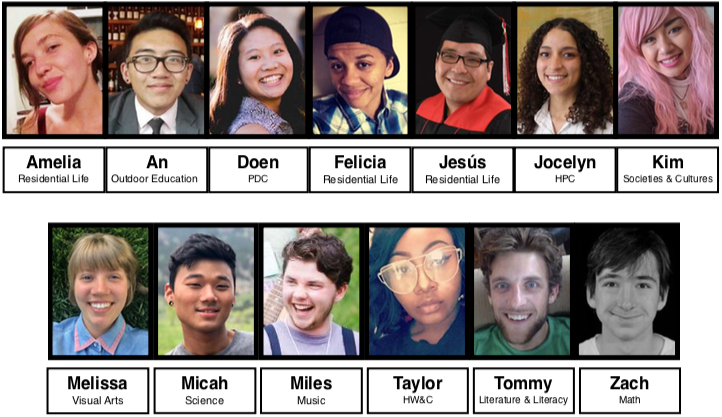 Our 13 fellows will immerse themselves in everything we have to offer in education and professional development — each responsible for supporting alternative and progressive approaches to teaching and learning, with an emphasis on playing an important role in engaging our students in their own education.

Below, we present a brief educational history and biography of each of our new and returning fellows: 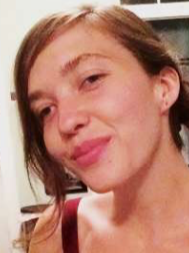 Amelia was born and raised in Las Vegas, N.M. After graduating from Eagle Rock School (she arrived in May of 2011, graduated in April of 2014), Amelia attended Antioch College in Yellow Springs, Ohio, where she designed and completed her Bachelor of Arts degree in Ecological Praxis in Healing — a multidisciplinary degree that explored environmental science, anthropology, philosophy and psychology.

In choosing to return to Eagle Rock as a fellow, Amelia said she is excited to build on student interests and to be an advocate of their growth and empowerment. Amelia loves to laugh, cook, and eat good food with loved ones, travel, read, garden, build things, make art, cry at beautiful things, and stay physically active. Amelia is the fourth Eagle Rock School graduate to return as a fellow. 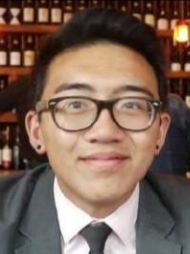 A San Francisco native, An recently graduated from College of the Atlantic in Bar Harbor, Maine, with a degree in Human Ecology. Outdoor education was central to his college experience, both inside and outside of the classroom.

While in college, An led trips for the college’s Outdoor Orientation Program and Outing Club, took coursework in outdoor education at Prescott College, did an Outward Bound Instructor Development Semester course, and interned as a Rock Climbing Instructor at Kent Mountain Adventure Center in Estes Park, Colo.

His experiences outside have led him to believe outdoor education is a powerful vehicle through which we can grow into our best selves. When not outside, you will probably find An singing, cooking, graphic designing, or practicing Spanish. 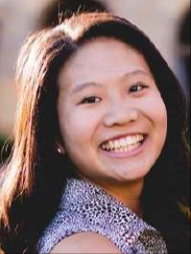 Doen was born in Fremont, Calif., and spent her childhood living in both Taiwan and California. She graduated with a Bachelor of Science degree in community and nonprofit leadership from the University of Wisconsin-Madison, as well as certificates in Educational Policy and Educational Services.

She joins Eagle Rock after serving in a student advisory position for Upward Bound, a federal TRIO program. Doen is passionate about community-based learning, student development, and educational equity. 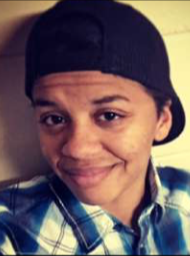 While at K-State, Felicia was a Resident Assistant in the residence halls for three years, worked as a ropes course facilitator, and played water polo and ultimate Frisbee. Next, Felicia moved to River Falls, Wis., to work as a Hall Director at the University of Wisconsin-River Falls. While there, Felicia supervised resident assistants, built a sense of community among staff, and developed positive relationships with students — all while completing a master’s degree in student affairs administration.

Felicia is returning to us for a second year because of a deep desire to continue supporting students and staff, invest in personal growth, and develop and support positive administrative changes. In what “free time” fellows have, Felicia likes to play Frisbee, have quality chats with fellow Fellow Tommy, play Pokémon with second-year Science Fellow Micah, sing karaoke, watch shows on Netflix, go to concerts, and spend time with friends and loved ones.

Jesús is originally from northern Illinois — not quite Chicago — and recently received his bachelor’s degree in kinesiology from the University of Wisconsin-Madison. Throughout his five years at UW-Madison, Jesús was involved as a student representative for the School of Education, and an Undergraduate Teaching Fellow, Writing Fellow, and House Fellow.

While at Eagle Rock, Jesús looks forward to sharing his passion for cross-cultural mentorship and youth empowerment, as he looks to his future as a high school guidance counselor. Prior to arriving on campus, Jesús spent the summer as an English Teaching Intern for El Centro Ecuatoriano Norteamericano in Guayaquil, Ecuador.

Some of his interests include biking, Zumba, going to concerts, creative writing, and making memes. 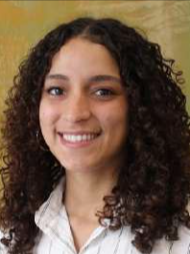 Jocelyn Rodriguez was brought up in Wilmington, Del., and graduated from Wilmington University. While there, Jocelyn studied Behavioral Science and played point guard for the university’s Women’s Basketball team.

Throughout high school and while in college, Jocelyn worked coordinating programs for youth at her community’s Latin American Community Center. Before joining the 2018/2019 cohort at Eagle Rock, Jocelyn spent a service year at Delaware Technical Community College, where she assisted in building out the college’s Office of Work-Based Learning.

Jocelyn spends her free time hanging out with friends and family and training youth in her community in the fundamentals of basketball through her basketball training program. 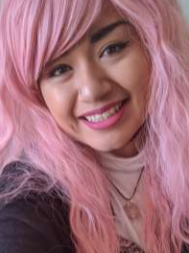 Kim has resided in Mexico, Ecuador, Czechia, and the United States, and has visited many other countries, including Brazil, Turkey, Romania, Ireland, Spain, and Morocco.  She majored in anthropology, with minors in architectural and Latin American and Latino studies at Brandeis University in Waltham, Mass.

Kim believes in a world without borders — both geo-political and systemic — and sees systems of education as powerful avenues to both undo boundaries and enact liberation. 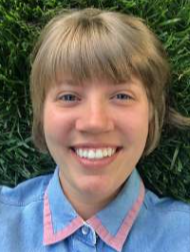 Melissa was raised in Winston-Salem, N.C., before heading west for college and earning her bachelor’s degree in education with a minor in studio art from Colorado College. Outside of the classroom, Melissa was also a trip leader and co-chair of the Outdoor Recreation Club, a member of the Student Organization for Sexual Safety, and a Residential Advisor in the dorms.

Since graduating in 2016, Melissa has been teaching and traveling with numerous semester and exchange programs, including the Alzar School, The Traveling School, and the Tandana Foundation. She’s passionate about helping teenagers discover their potential and their ability to create their own pathways, while making change in this world.

In her free time, Melissa enjoys watercolor painting, being outside, reading, journaling, and keeping up with friends and family. 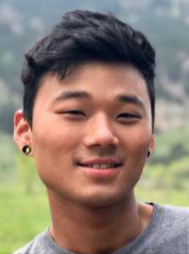 Micah is originally from Minnesota and received his bachelor’s degree in environmental science from Loyola University Chicago. During his time at Loyola, Micah completed several engaged learning service projects and worked with non-profit organizations that emphasized environmental justice and green practices.

As a second-year fellow, Micah is excited to challenge his students within the sciences and further the STEAM program at Eagle Rock. In addition, his instructional focus will emphasize social justice in the classroom. 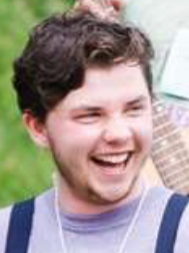 Originally from Rhode Island, Miles graduated from Loyola University New Orleans with a degree in Jazz Performance on his favorite instrument — the drum set.

Since graduating, he’s had the opportunity to work as an assistant teacher, an after-school music and drama teacher, and an outdoor educator in New Orleans, New York City, the Adirondacks, rural Connecticut, and Greece.

In between academic seasons, he’s spent the past five summers as program director of Saltash Mountain’s summer camp in Plymouth, Vt.

When he’s not trying to pick up a new instrument, Miles enjoys hiking, climbing, reading, coffee-drinking, traveling, and card games. 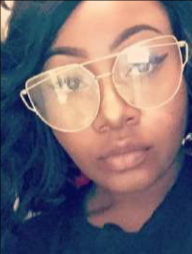 Taylor is originally from Houston, Tex., and attended Lamar University in Beaumont, Tex., before transferring to Sam Houston State University (SHSU). While there, she pursued a Bachelor of Science degree in kinesiology with a concentration in clinical exercise science and a minor in health fitness and will confer her degree upon finishing her fellowship.

During her time in school, Taylor was active in several leadership organizations, including the Women of 1520 — a women’s business professionalism organization where she served as the Fundraising Chair and President — as well as participating in the National Collegiate Leadership Conference at the University of Arizona, where she presented a workshop on dealing with social justice issues as a minority at a predominately white institution.

After leaving SHSU, Taylor moved to San Antonio where she served in City Year San Antonio. During her service, she learned about the impact of mentorship and “building up” students so they can have a better future not only for themselves, but for society at large. She understands that her purpose is bigger than herself and wants to help people in any way she can.

Taylor loves cooking in her spare time, binge watching her favorite shows on Netflix and Hulu, and experiencing nature while listening to a podcast, music, or reading a book. She also enjoys spending time with friends and family and getting to know new people. 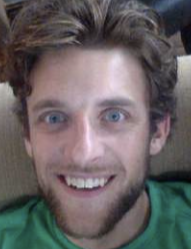 Tommy grew up in Ithaca, NY, earning his Bachelor of Arts degree in English from Ithaca College. Since college, he’s had 20 different jobs in 10 different cities and towns, from building patios to teaching English to making cheese.

As an educator, Tommy hopes to help young people eliminate the unnecessary “shoulds” and “supposed tos” they find in their lives. He loves his family, board games, children’s books, getting to know people, and being in transit.

Tommy said he couldn’t abandon the verbal gems that come from students’ mouths, the faces people make during our daily Gathering, and Chef Ed’s bread — all reasons why he decided to return to Eagle Rock a second year. He thinks all three should be put on posters. 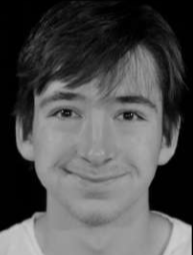 Zach grew up in Iowa City, Iowa, and attended St. Olaf College in Northfield, Minn., where he studied English and Math, was a member of the college’s Track & Field and Cross Country teams, acted in several plays, and worked as a Junior Counselor. After graduation, Zach flew to New Zealand for a few months to work with Worldwide Opportunities on Organic Farms (WWOOF), which is part of a worldwide effort to link visitors with organic farmers. In addition, he hiked and camped around that island country.

Upon his return, Zach did a service year in Twin Cities, Minn., acting as the Community Outreach Coordinator for the Normandale Center. This past year, he lived in Chicago where he worked as a math tutor at Saga Innovations.

In his free time, Zach likes to bike, boulder, write and (of course) eat good food.