Add anything here here or just remove it..
By Eagle Rock,
May 22, 20145 CommentsMeet The Team

For today’s spotlight, we’re going to take a closer look at Philbert Smith, our director of students, a man who arrived at Eagle Rock straight off the streets. To be more specific, Philbert came to us following a stint as the director of Covenant House Texas — a 24-hour shelter for street kids in Houston. He is married and has a pair of daughters and has been a part of Eagle Rock as long as Eagle Rock’s been a part of the larger education community. 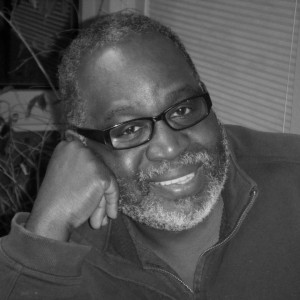 Philbert: I think it was the values of Eagle Rock School and Honda — right there at the intersection of public interest and private interest. It was also an opportunity to work with adolescents in both a residential and educational environment.

Philbert: And when would that be? Actually, I enjoy being around my family, cooking, reading, taking a walk, sometimes watching real trashy television and going to the movies.

Eagle Rock: Speaking of television, what reality TV should you be on and why would you win or be kicked off?

Philbert: I’d be a chef on Chopped. And I think with a little coaching I could win because I enjoy cooking and enjoy combining flavors in food.

Philbert: That success story would be Loula Tesfi. Her journey with her family from Eritrea to America is a testament to human fortitude and resilience. Then to live in Oakland, Calif., and to eventually come to Eagle Rock School (ERS). She used the resilience she gained from crossing the Sudan to deal with ERS and PTSD. Then she graduated and went on to college and graduated. Today, she is a lovely young woman. Loula makes my heart sing every time I hear from her. She has chosen to thrive despite what life throws at her.

Eagle Rock: What’s one thing not many people know about you?)

Philbert: I was at the 1992 Republican Convention held in the Astrodome in Houston, Texas, and heard Patrick Buchanan give his convention speech — OMG! I also had an Inaugural Ball invitation from President Carter but I was not able to attend.