Add anything here here or just remove it..
By Eagle Rock,
February 17, 2016Leave a commentMeet The Team 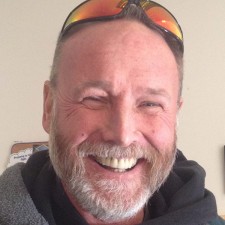 Terry Tierney says it was our campus — 640 acres of beauty and nature — that initially drew him to toward Eagle Rock School. In fact, it was the mountainside community of Estes Park that prompted him to move his wife, Kerry and their son Finn into a home in nearby Estes Valley.

And it was while residing in this pristine setting that Terry joined the Eagle Rock family, responsible for assisting with the school’s maintenance and facilities needs. Here’s a little background on this campus care master:

Eagle Rock: Where did you go to college?

Terry: Before coming to Eagle Rock, my past lives in the Estes Valley include working at the Stanley Hotel, working seasonally for Rocky Mountain National Park, a ski lift operator at the old Hidden Valley Ski Area, and a wastewater operator at Upper Thompson Sanitation District.

Eagle Rock: What was it that attracted you to Eagle Rock?

Terry: I knew a lot about Eagle Rock beforehand and I knew it would be an environment I would enjoy being involved in. Being tucked away in the mountains and surrounded by wildlife everyday is as good as it gets. And I did mention that worked in a wastewater plant, right?

Terry: My rock is God and family. When I’m not working, its all about spending time as a family. And I’ve always had a natural interest in watching and studying wildlife behavior.

Terry: I’m not sure these are reality shows, but I’m drawn to “Survivorman” and “Man vs. Wild.” And they wouldn’t kick me out because I’m bringing the Guinness.

There are too many from which to choose, but over the years — without doubt — I’ve seen quite a few miracles here. These students inspire me when they follow their hearts and dreams.