Add anything here here or just remove it..
By Eagle Rock,
December 31, 2020Leave a commentMeet The Team

Karla Vargas-Ochs, who is our health care coordinator, comes to our Colorado campus with a boatload of experience, highlighted by 14 years as a combat medic in the United States Navy. In addition to her career in the Navy, Karla considers herself a mother first, a daughter, a niece, a feminist, and a college-educated registered nurse with a specialty in medical case management.

She is a 2019 graduate of Davenport University in Grand Rapids, Mich., where she majored in Nursing and Medical Case Management. Before that, Karla studied Biology and African American Studies at Thomas Nelson Community College in Hampton, Va., and Washtenaw Community College in Ann Arbor, Mich. 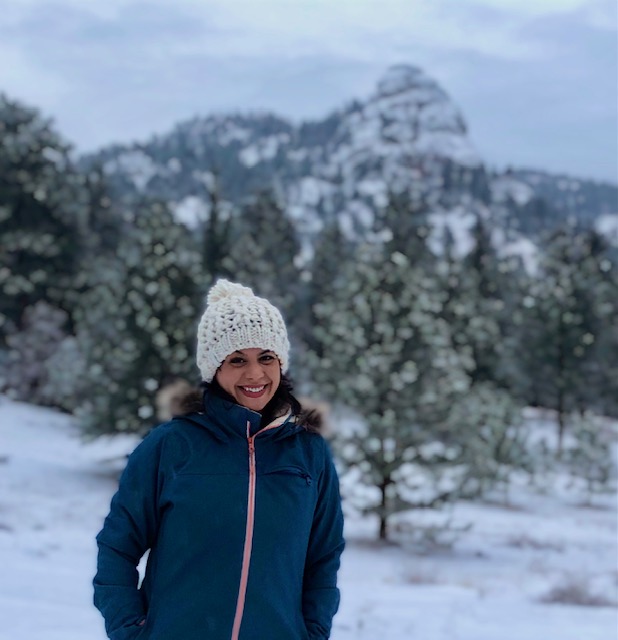 Prior to joining us at Eagle Rock, Karla chalked up more than two decades of medical experience, including work as a private nurse in the home health sector. While in the Navy, she worked in primary care, emergency room, public health, surgical services, and ancillary services. In 1999, Karla deployed to the Guantanamo Bay Naval Base in Cuba; worked at a field hospital unit in support of Operation Iraqi Freedom in 2009; and in 2011, worked aboard the United States Naval Ship Comfort in support of a global humanitarian mission that provided assistance to 11 countries in Central and South America, as well as throughout the Caribbean.

We asked Karla to take a few minutes to answer some more questions about her career, her life, and what she does in her free hours, and here’s what she told us:

Eagle Rock School: What attracted you to Eagle Rock?

Karla Vargas-Ochs: I struggled as a teen, eventually dropping out of high school. I would have benefitted so much from the experiences Eagle Rock provides its students. Joining the military is really what saved me. It showed me I was stronger than I ever thought I could be, taught me discipline, and gave me a jumping off place. I see those same values here at Eagle Rock — only wrapped in a different package. Our students have to opportunity to build on all of that, while receiving the nurturing and guidance every teenager deserves to have. After I was discharged from the military, I missed the camaraderie of being a part of something bigger than myself. Eagle Rock gives me an opportunity to experience that again, and I feel very privileged to be a part of this community.

Karla: When I’m not working, I’m pretty busy being a single mom to two beautiful kiddos. It doesn’t leave a lot of time for much else. I love to dance, listen to music, cook and —  if it’s nice out — I’ll have my hands in some dirt. I love gardening so much. And sometimes I’m doing all of these things simultaneously.

ER: What reality TV should you be on, and why would you win or be kicked off?

Karla: If I could imagine myself on a reality show, it would be one that involved Snoop Dog and Martha Stewart. You see, growing up a ’90s kid — during the height of hip-hop, mixed with home economics and gardening — something with Snoop and Martha would be my jam. I know that’s not a real show, but if one could be imagined, I’d be there, Not so sure I would win, but I would sure have a ton of fun trying.

Karla: I once taught a Triage Combat Casualty Care Course to the Kuwaiti National Guard. I was the only female on base during the course among hundreds of male soldiers, and the only female ever to be in a position of authority (instructor) for their unit. In hindsight, I think I must have been nuts! But I did it and received a medal for my work.

Karla: My favorite Eagle Rock success story focuses on the new incoming Head of School. Megan started as an Eagle Rock student in the mid-90s and left with a passion for young people and has now come full circle. I think her story is pretty inspirational for anyone and super important for the students here to see.