Add anything here here or just remove it..
By Eagle Rock,
August 29, 20132 CommentsMeet The Team 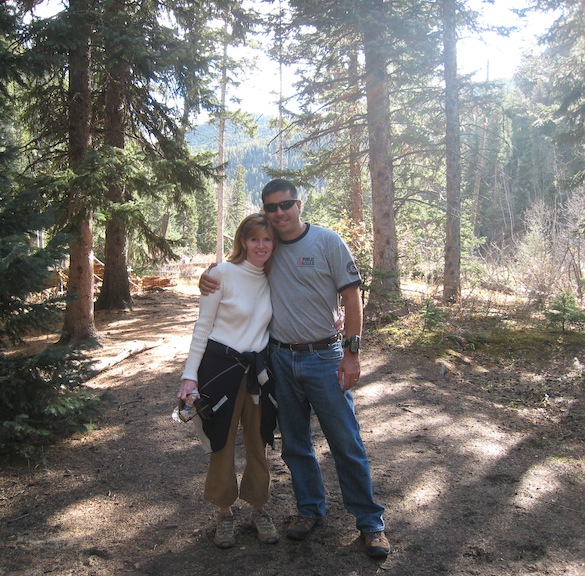 Michael Soguero has been the director of professional development here at Eagle Rock since the summer of 2006, working with schools and organizations around the country to increase high school engagement. While here, he inherited and then renovated an alternative licensure program under the auspices of the Colorado Department of Education, creating the current curriculum for all licensure candidates who come through our doors. Michael also delivers most of the seminars for candidates to earn their Colorado teaching licenses. He serves as a member of the residential community here at Eagle Rock and was the founding houseparent of our Pinon house two decades ago, and of course he directs our professional development team as it facilitates the efforts of educational organizations interested in re-engaging youth in their own education

If that isn’t enough, this talented educational leader has even more to share, including insight into a previous stint on our campus, which ultimately helped us set the stage for where we are as an organization today.

But don’t take our word for it… meet Michael Soguero:

Michael: Actually, I’ve worked at Eagle Rock twice. Between March 1993 and August 1997, I was one of the founding members of Eagle Rock’s development team and contributed to the design of our curriculum. In addition, I was a math and science instructional specialist and houseparent.

After I left Eagle Rock I worked for nine years in New York City’s public education system. There, I was a math and science teacher at School for the Physical City High School before becoming the co-director of that school. That was an Expeditionary Learning Outward Bound School (now rebranded as Expeditionary Learning Schools). I then became the founder and principal of a New Century High School initiative in the Bronx called the Bronx Guild.

While in New York City, I became a lead facilitator for a Scaffolded Apprenticeship Model program (SAM)) in the New York City Leadership Academy training aspiring principals. Before that, I did my first stint here at Eagle Rock, which was preceded by my time spent as a doctoral candidate at Penn State University for molecular and cell biology. I also worked for NASA Space Grant College bringing science-based presentations into local middle schools.

Prior to that I graduated from City College of New York with a Bachelor of Science in Biochemistry and prior to that I enlisted in the U.S. Army, serving from 1982 until 1986.

Eagle Rock: What attracted you to Eagle Rock in the first place?

Michael: I am passionate about the mission of reengaging high school students in their education. I believe it’s a critical time period in any person’s life – full of energy and possibility and too often neglected by society. We hole up these kids in classrooms, infantilize them and treat them like deficiencies. I’m committed to transforming that experience for youth. They should be seen as assets, exercising their energy and possibilities, all under the guidance of apprenticing themselves to adults who share this commitment.

Eagle Rock is not only committed to all the above. It’s a place free of irrelevant government and district demands that get in the way of fulfilling on the vision. We have the running room to do what’s right and innovate to do what’s best for kids.

Michael: Honestly, I’m passionate about my work and it never seems like a job. As a result, I spend a lot of my spare time thinking about how to improve things at work. I read about organizational change, I’m typing out answers to these questions right now while I’m on vacation, I surf blogs, journal my ideas.

However, I also run (about 20 to 30 miles a week) and occasionally compete – mostly in 10Ks. I run the Bolder Boulder every year with my wife and twin sons (the youngest two of my four boys); you can see my 2013 result here.

I love comic books. I’ve collected them since I was in fifth grade but I haven’t bought new comics in years, although I still try to keep up on storylines. I’m pretty much split between Marvel and DC.

Eagle Rock: If you could be any superhero from a current or out-of-print comic book or graphic novel, who would you want to be and why?

Michael: Rorschach from The Watchmen series – not so much for his moral absolutism (I’m a “shades of grey” guy myself) but I love his absolute fierce unstoppable commitment to what he believes in even when he knows he will lose.

Michael: Personally, one of my favorite experiences was a math class I co-taught with Garth Lewis (one of our former service learning instructional specialists). We designed and built the outdoor amphitheater here at Eagle Rock as a service project. But the great thing about it was we had students at all different skill levels in math — from elementary level to college-going students, including one student who had already been accepted to Northeastern University). We designed the experience so that everyone worked on the project together and contributed mathematically to the work. As a result, each person grew from whatever point they started at. Most math classes in this country try to address the issues of the differently skilled by making finer and finer distinctions among levels of math and trying to create homogeneous groups of math students. This approach leads to poor “one size fits all” teaching and a lack of benefit for classmates from diverse ways of thinking. And it leads to a schedule that drives how a school operates (rather than what is best for youth driving the decisions). I was very proud of our exemplary math class for showing it could be done differently.

Michael: I own thousands of superhero-based comic books, including Iron Man #5 and the original Watchmen series.