Add anything here here or just remove it..
By Eagle Rock,
July 8, 2015Leave a commentInternships | Life at Eagle Rock School | Meet The Team

We’ve had dozens of college students participating in internships here at Eagle Rock, and many of them consider that time of service a highlight in their educational lives.

One such person was Sarah Bertucci, our very first Princeton University student to perform a summer internship here at the Eagle Rock School and Professional Development Center back in our very first year. Our most recent Princeton intern is Alexandria Robinson, whose Eagle Rock experience began in June and will conclude in late August.

We thought it would be fun to let these two Princeton alumni share their experiences in an alternating, back-to-back format. Both have favorable memories of their stay here, even though a 21-year gap separates their experience.

Sarah Bertucci: Back in the spring of 1994, I applied to Princeton’s Summer Service Program, a program that placed college students in summer service jobs, mostly in urban nonprofits. I wanted to learn new things, be part of a new community, and make a contribution. 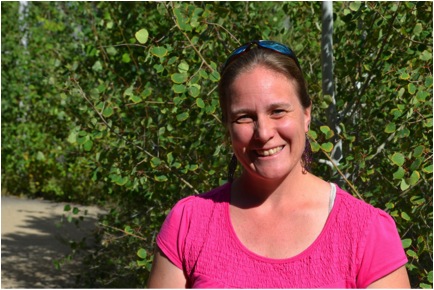 I had never been interested in teaching, but by a stroke of good luck, I was placed at Eagle Rock during its first summer in operation. It sounded like a great opportunity to be part of a brand new school. On top of that, I’d never been out West or seen mountains up close. So, I accepted the position and began counting the days until my arrival at in Estes Park.

Alexandria Robinson: Similar to Sarah’s experience, my application to Eagle Rock fell under an umbrella program. Revamped with a new name — Princeton Internships in Civic Service — the program is designed to place students in service jobs based on different sectors, such as health, education, science and more. After receiving a ”callback email” and then scheduling and participating in an interview via Skype, I was offered a summer internship starting in June 2015. 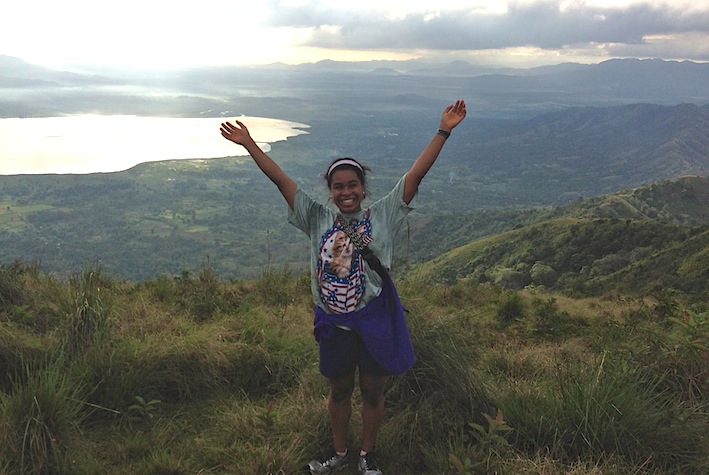 I was excited, but nervous. I was given two days to make a decision. It was only January and I couldn’t fathom making a firm commitment for something that wouldn’t affect me until June. I knew I wanted to teach, but at that point, the bulk of my experience in education had been with much younger students than the high school age ones at Eagle Rock. What would it be like with older students? Will they like me? That’s when I realized that all of these questions were petty, and I knew the benefits of this internship far outweighed any anxieties I might have. I confidently said yes, and never looked back.

Sarah (1994): Michael and Cynthia Soguero picked me up at the airport. Michael was the instructional specialist for math and science, and he was my mentor teacher. On the way to the school we stopped to pick up a rocking chair for the Sogueros, who were expecting a new baby. That made me feel more like I was becoming a part of a larger family. I settled into one of the student wings in Ponderosa House — staff housing didn’t exist at that time. Only two houses had students (Pinon and Spruce), so staff members lived in some of the other houses. I quickly met some of the 30 or so students who were on campus at that time.

Alexandria (2015): When I arrived at Eagle Rock, I was at a loss for words. I knew that this place was probably going to be pretty nice, but when we first drove in, I couldn’t stop staring at the mountains. I couldn’t believe that people actually got to live and go to school here. I soon met both Dan Condon and Kelsey Baun from the Professional Development Center team, and was given a tour of the campus. I learned about the academic buildings and the residential life/house system, and it was immediately evident that a true community exists here.

After getting settled into Willow (the Fellow/summer intern housing), I quickly began to meet lots of people. I tried my best to remember every name I heard, but this day was tougher than most. I do remember feeling overwhelmed by the kindness and genuine support I was shown that day. Which is, of course, another example of how loving this community is.

Sarah (1994): My position was as the math and science intern, so I co-taught classes with Michael. I remember students making mathematical representations of numbers and quantities that interested them. One poster showed the number of American deaths from gun violence in the United States compared with the number of American deaths in the Gulf War. Another project involved making three-dimensional boxes to show the actual volume of cereal in a box, compared to the size of the cereal box.

Beyond the classroom, I wore many hats, just like Eagle Rock staffers do today — running current events and activities, driving down to Denver, participating in gender meetings — the list goes on and on. Since the campus was still being constructed, I remember raking out erosion gullies and building the sand volleyball court.

Alexandria (2015): My primary function surrounds residential life. I plan and coordinate evening activities for students and to find a balance between what is engaging and what suits a teenager’s desires — and what’s budgeted.

Beyond this role, it is also my job to fill in where necessary and to be a resource — whether that means sitting in and helping with cheer practice or attending the Denver PrideFest with Spectrum, a student group here on campus. I am loving the flexibility that comes with my internship, and it’s teaching me about listening to others, being open to something new, and applying my strengths in the best way possible. I am also so thankful to be in such close contact with students. They definitely keep me on my toes, and each day is a joy.

Sarah (1994): I learned more in that summer than I ever could have imagined, including things like cooperative learning and how incredibly hard it is to plan a class. I remember pulling an all-nighter to prepare for my first day teaching physics. However, the longest-lasting lessons came as a direct result of the students — lessons that were humbling and eye-opening. I was 18 years old at the time, only six months older than some of the students, and I felt proud of how hard I had worked to get into a good college and be moving towards a successful adult life.

I lived in the privileged White bubble where hard work is rewarded and life plays fair.I got to know students who had worked far harder than I did, who used their smarts to survive rather than get a good SAT score. My eyes were forever opened, and as a result, I have been on a different journey ever since.

Alexandria (2015): I have been at Eagle Rock for about a month, and it’s already evident that I am going to learn so much. Every day I am reminded to think beyond what I know, and instead focus on what I see. It is easy to rely on assumptions, but here I am reminded that no story is the same as the next, and each student has an individual, unique reason for being exactly who they are. And that, I’ve found, is beautiful.

I am also learning what it means to be truly patient with someone, and to learn how to keep motivating a student, even when he or she wants to give up. Here at Eagle Rock I am reminded that people just want to be heard, and that I need to slow down and listen. I am learning what to work on in myself so that I can better serve this community.

Sarah (1994): That summer internship at Eagle Rock changed my life — it may sound cliché, but it’s true. As soon as I returned to college, I went to the Teacher Preparation Office and started my coursework to become a teacher. After graduating from college and teaching for a couple years, I returned to Eagle Rock as the Year-Long Science “Intern” (now Public Allies Fellow) in 2001.

That year at Eagle Rock was yet another amazing experience for me.  One part of that experience was teaching Physics and Calculus with Jason Cushner. Since then, he and I have gotten married, had two children, and returned to Eagle Rock this past August as Juniper House Parents. My life path is inextricably entwined with Eagle Rock, and I am forever grateful.

Alexandria (2015): Beyond Eagle Rock, I can’t quite foresee exactly how my story will change, but I know for sure that I will return to school even more motivated to pursue a career in education — and not just by teaching, but also focusing on reform.

It is heartbreaking to me the way privilege can determine someone’s entire life course, and that is not talked about nearly enough. I’ve always imagined myself in the classroom, and I think that will still happen, be it elementary or high school, but for now, I feel confident and passionate enough in the idea of maybe working with nonprofits that seek education reform. Eagle Rock is giving me a foundation on which I can grow. I want to become more educated in alternative schooling methods, learning what can happen beyond a traditional classroom setting.

Editor’s Note: Inspired to learn more about interning at Eagle Rock? Our internships range from one trimester to one year in length, with residential room and board provided. Learn more by downloading the Eagle Rock School Internship Info Sheet today.