Add anything here here or just remove it..
By Eagle Rock,
October 1, 2014Leave a commentLife at Eagle Rock School | Meet The Student

Editor’s Note: This blog post was written by an Eagle Rock School student named Rahmel and focuses on his experience in a class he took last trimester. (One thing we really put an emphasis on here at Eagle Rock is the importance of the student voice. Because, let’s face it, nobody can articulate what happens in the classroom better than our students.) So let’s see what Rahmel has to add to the educational experience equation. 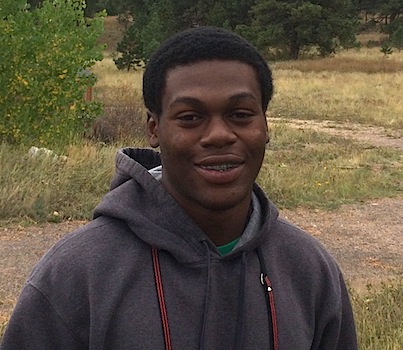 There were about 10 students enrolled in the math and social justice class last trimester here at Eagle Rock School, a course that was taught by Teaching Fellows Calvin King and Clay Elkin. The purpose of the class was to promote a just society by challenging injustice and placing a value on diversity. And that form of society only exists when all people share a common humanity and therefore have a right to sensible treatment, support for their human rights, and a fair portion of community resources.

Each student in the class was required to report on a social justice issue of their choosing, and to do a presentation on that issue. Among the topics were bullying, legalizing gay marriage, poverty, and other social issues. One topic that stood out was the controversy over homophobia in urban communities. The presentation, delivered by student Khalil Lloyd, 16, addressed how people of the same nationality are discriminating against by their own kind.

Lloyd told the class that black people such as him have already struggled with discrimination as a result of the color of their skin, and now we do it to each other for reasons we don’t understand.

Lloyd wants to change that mindset in today’s society by opening minds to the possibilities of new things. He wants to go in urban areas to enlighten young people on this issue. This is a task that Lloyd promised to take on, hopefully bringing forth a change in communities where homosexuals and heterosexuals alike can live in peaceful understanding together.

Demetrius Everett, 19, presented the issue of juvenile detention and its effect on the children in the system. He said children under the age of 16 shouldn’t be penalized for the mistakes they made because their brains are not fully developed and they sometimes don’t understand the actions they make are wrong. Everett wants to support this view by encouraging kids to talk to relatives and friends before they make a mistake that they will regret.

The math and social justice class genuinely wants youth to make changes in their communities and surrounding areas. Some students have even created Facebook profiles addressing their issue so people can comment and share information to bring awareness to the topic. In fact, there is a Facebook page created by fellow Eagle Rock student Daryl Jones Jr., 18, (see the Treyvon Smith profile on Facebook) which addresses racism.

If you authentically want to make a change, participating in these Facebook posts and doing your own research can give these young activists a hand in promoting justice.