One of the more popular course offerings during a recent Explore Week here at Eagle Rock School was a course called Robotics that was met with such enthusiasm that we turned it into a five-week class now underway as part of our current trimester.

I mean, what’s not to like about a class that deals up close and personal with robots? This newest offering in computer technology is much more than a toy. It has the potential to create jobs in design, circuitry, software coding and hundreds of other possibilities. 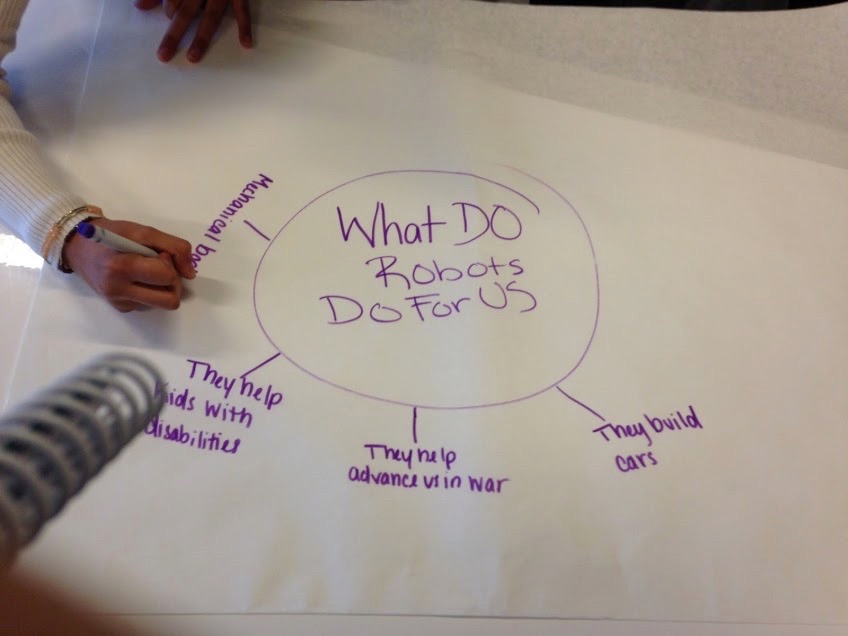 The new Robotics class gives students the opportunity to get some hands-on experience with this up-and-coming advancement, focusing their learning around four major concepts:

In order to understand the bigger picture of robotics, we use part of class each day to orient ourselves to the myths and realities surrounding the advancement of technology in our lives. Guided by students’ interests, we have explored the array of possibilities for robots and artificial intelligence, from self-driving cars to the Mars Rover.

We’ve also taken some time to examine our perceptions of robots: for instance, why do we insist on giving them such human characteristics? And why is the notion of a global robot takeover so prevalent?

Students have been working in groups to complete a series of design challenges, each with a specific target in mind. In the first challenge, they were tasked with building the tallest possible freestanding tower using only spaghetti and scotch tape (see below). 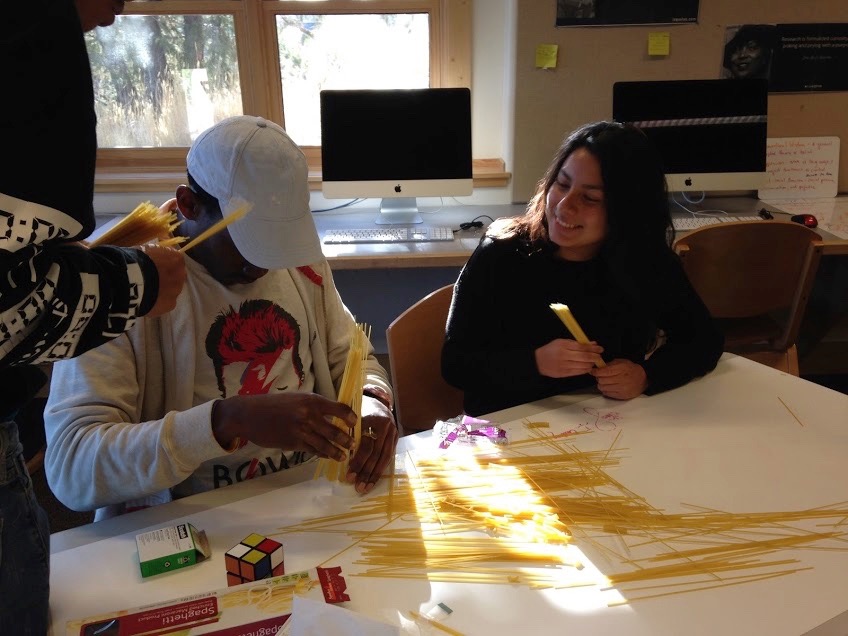 The next challenge required that they create a structure that was both strong enough to hold a large rock and tall enough so that the rock could pass underneath (see below). 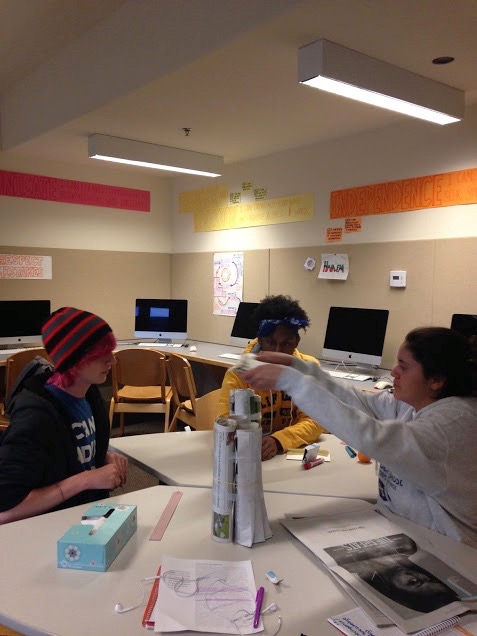 These “unplugged” design challenges opened up discussions about the design process and collaboration as we moved toward building robots themselves.

And so comes the third design challenge. In teams, students are using kits to build motorized, programmable robots that stand about a foot high. Using concepts they have practiced on code.org, the students are coding their robots to direct them through a maze (pictured below), in which their creations will move forward and backward, turn, and use an arm and a claw to pick up items. 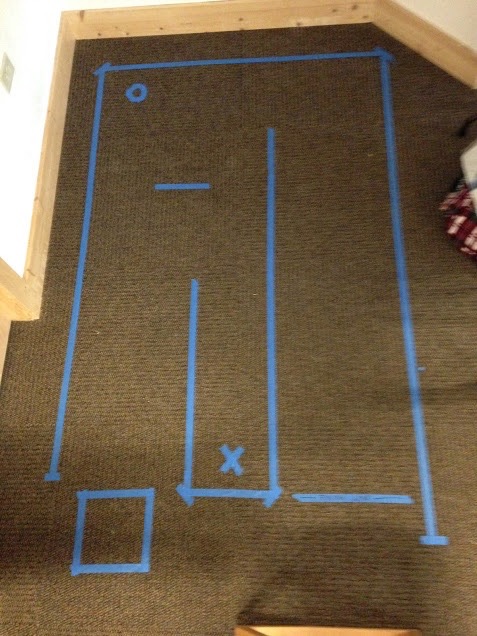 Working through potential obstacles with their robots — whether those problems be issues with hardware, software or humanware — students dig into both the testing and revision process and the ups and downs of group dynamics. As they continue on to their next design challenges and expand their coding prowess, who knows what these robots will be doing? 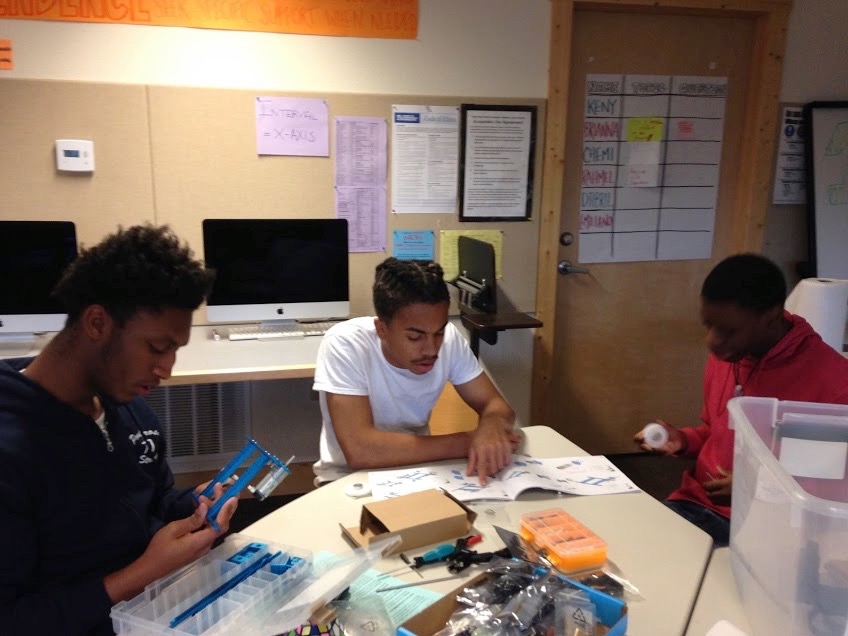 Hopefully, they won’t be taking over Eagle Rock!

About the Author: Kira Faller is the 2016/2017 Public Allies Teaching Fellow in World Languages at Eagle Rock School and Professional Development Center in Estes Park, Colo. Kira studied biology at Carleton College in Minnesota, and since graduating, has worked in a variety of experiential and environmental educational organizations in both student services and teaching roles. Her love of Spanish and the connecting power of language came to light while working in rural Nicaragua for a summer. She has since worked in Ecuador, Argentina, Chile, and most recently, Peru.