The theme for this year’s meeting was “Place,” and while our visit included learning a lot about Arizona and Tucson, what truly brought the conference to life was coming together with educators from around the country to share in the common struggle and opportunity of teaching.

Unlike traditional conferences, where participants sign up for various workshops and lectures, most of the work at the SRI Winter Meeting takes place in small groups. Within these gatherings, 10 to 12 educators share dilemmas facing them in their practice. And, through the use of collaborative protocols, these groups work to reach a greater understand of issues, solve problems or uncork ideas.

The work in small groups is also a chance for educators to practice using protocols and facilitating Critical Friends Groups®, which we use in many different ways here at the Eagle Rock School and Professional Development Center. 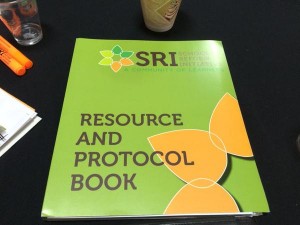 In our Critical Friends Groups at Winter Meeting, Eagle Rock’s Professional Development Center staff worked through a variety of dilemmas. Science instructor Janet Johnson got her plan for internally run professional development at Eagle Rock tuned, and Societies and Cultures instructional specialist Diego Duran-Medina got a fresh perspective on his “Heartivism” class. Public Allies Fellow in Professional Development Kelsey Baun worked on ways to increase diversity in the Public Allies Fellows corps, and I received feedback on plans to increase literacy across the curriculum at Eagle Rock.

Even though we were working with Continue reading… 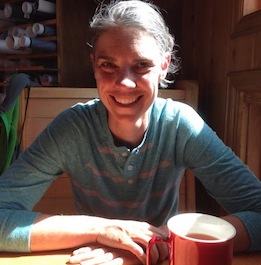 Janet: I first learned about Eagle Rock while I was teaching at the Chinquapin School in Highlands, Texas. Chinquapin is a college prep school for underserved students from the Houston area. Chinquapin was similar to Eagle Rock in its commitment to community, and very different in its Continue reading…

Editor’s Note: It’s summertime, and for some reason, we’re all expected to catch up on our reading during this three-month respite from school. And, as you well know, there’s a big difference between required reading and recommended reading. Thus, we offer a second installment of what our staff members present for your personal time perusal. What we’ve done here is outline our educators’ thought process as to why they selected a particular read, along with an image of the book cover, and a link (click the book cover to activate the link) to Amazon so you can purchase the selection if you wish, or download it to your laptop or tablet.

This book gave me a deeper understanding of the historical roots of Experiential Education. Though many educators value “experience,” experiential education is difficult to define and truly understand. This book looks at the many facets of this approach to education, and then challenges educators to learn from the past in order to continually improve in the future.

This book is based on backwards planning — and so it follows the model we use here at Eagle Rock — but it focuses specifically on scientific thinking and how inquiry looks as a scientist. What does “thinking like a scientist” mean? How do we capture that thinking in student work? How can we merge that with other strategies that we learn and apply it to science? For example, the practice of Continue reading…