Five Eagle Rock students are well into a 10-week class that is enabling them to explore their own identities through the lens of political views, human stories and the visible and invisible walls that individuals and nations construct between themselves.

Called Borders & Identity, this class places learning to speak and write Spanish as an objective, with the goal of actively helping build bridges between people and communities as its primary goal. Tied into this class is the concept of “Enduring Understanding,” which is a guiding idea for each of our classes. Also referred to as our “10-year Takeaway,” Enduring Understanding asks us to consider what it is students will remember about this class and their learning in 10 years.

Getting Hands-on with Identity

In order for this class to be truly effective, the students needed to understand that changing the dominant narrative of immigration requires hearing directly from — and taking action with — those affected by our own country’s immigration history and policy. With that in mind, the first five weeks of class saw students diving into the world of migration and identity, creating their own informed perspectives through video and fieldwork, while learning ways to communicate in Spanish through dialogue and poetry. 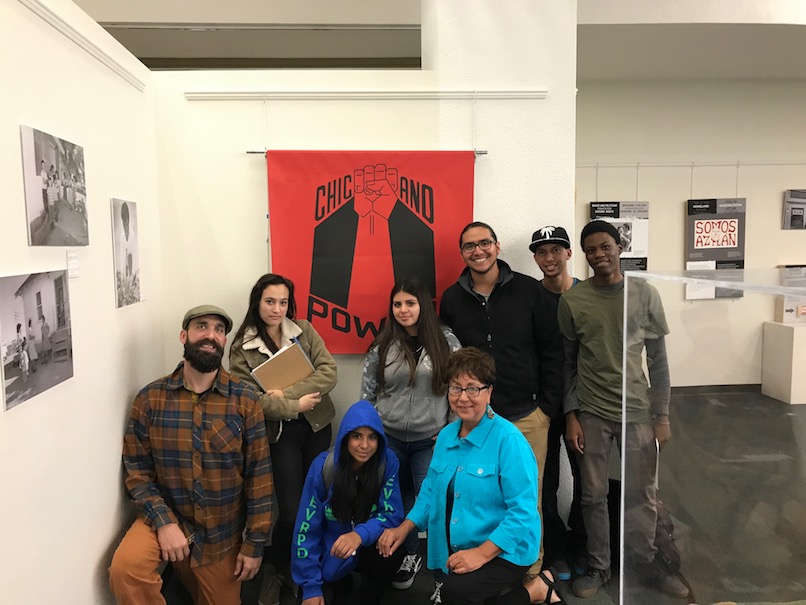 Student involvement was immediate, with a visit to the El Movimiento Exhibit at the Michener Library on the University of Northern Colorado campus in Greely on the second day of class. There they met to discuss the Chicanx movement in that part of the state with Dr. Priscilla Falcon, the head of the university’s Hispanic Studies Program.

They also visited the Latinx Cultural Center (César Chávez Cultural Center) and learned more about the Latinx student population and progress with DACA (the Deferred Action for Childhood Arrivals program that’s currently under scrutiny by Congress and the Trump administration). While at the center, students met with Larissa Romero-Perry, who is the enrollment coach and university recruiter and DREAMer liaison and Patricia Escobar, adjunct professor and director of the cultural center.

Mrs. Romero-Perry took students on a deep dive into issues surrounding the immigration debate, include DACA, the 2017 Dream Act, and higher education for unauthorized immigrants.

The university campus visit opened the door for our students to participate with several other partners Eagle Rock School is working with, including the Immigrant and Refugee Center of Northern Colorado. Here, students discussed the ways the resettlement process either cultivates or mitigates agency in the people going through it, as well as compared and contrasted the intersectionality of identity and experience of unauthorized immigrants and refugees in the United States.

Going forward, in the second half of the class, students will partner with the Greely Family Center to participate in a workshop and discussion on culture and identity, and how immigration and resettlement has affected our community.

Crafting Solutions for the Immigration and Border Debate

Also during the second half of the class, which we’re just now approaching, students are continuing to explore borders by identifying and developing a culminating action-project that propose solutions to the immigration and border debate.

Guiding the class’ instructor, World Languages Instructional Specialist Josán Perales, are four Long-term Learning Targets — or LTLTs — that are the big ideas and learning statements that students work toward during the class. In this instance, Josán is guiding students on a path that allows to both contemplate and show evidence of meeting the following challenges:

Other factors in this class illustrate to what length Eagle Rock’s instructional specialists will go to engage students in their own education. Students are learning or improving their Spanish-speaking and writing skills by interviewing each other and other Latinx community members. They’re also writing poetry about themselves in order to identify their part in the scheme of things. 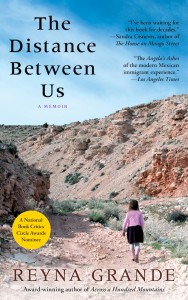 In addition to writing and speaking, Borders & Identity students read, discussed and studied Reyna Grande’s book, The Distance Between Us, and were later able to interview the author during a visit and presentation with the school.

Students also offered information on the state of DACA by initiating a letter-writing campaign targeting government officials to support passage of a clean 2017 Dream Act.

As a final class project, students are preparing service projects to benefit the Eagle Rock and Estes Park communities — projects that directly tackle the issues of borders and identity and how that relates to peace and justice.